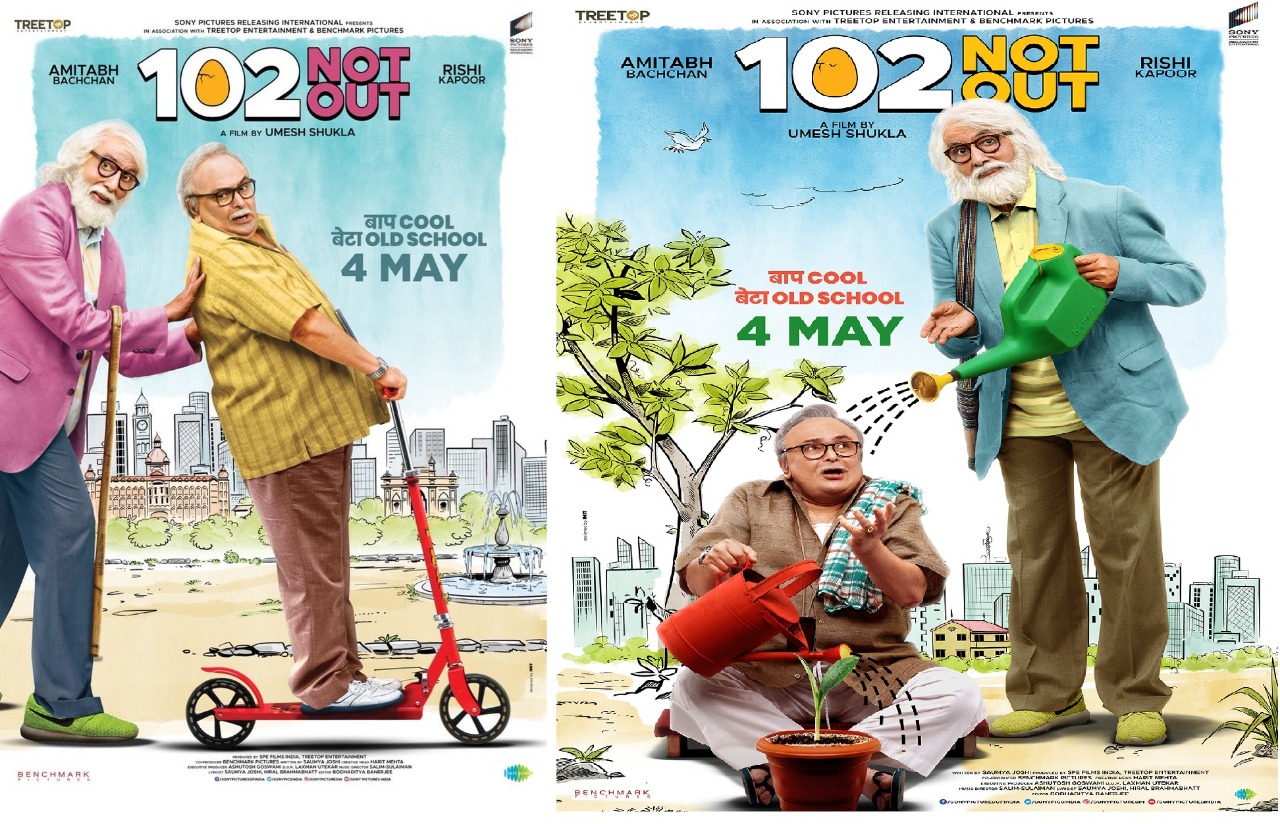 From the trailer, it was evident that 102 Not Out will be a funny tale of a young-at-heart father and his old son. With Umesh Shukla at the helm of affairs and two veteran actors – Amitabh Bachchan and Rishi Kapoor, carrying the film on their shoulders, you know that you won’t be disappointed as far as the performances and execution is concerned. But what more does the film have to offer besides what we have seen in the trailer? Let’s take a look…

Babulal Vakharia (Rishi Kapoor), at the age of 75, is your average geriatric. He is in a committed relationship with his doctor and lives life by the clock. If there’s any joy in his life, it comes from the hope of reuniting with his NRI son. Babulal’s dad, Dattatreya Vakharia, on the other hand, is a full-of-life 102 year old, who likes to believe he is all of 26. He behaves accordingly too. In fact, such is his love for life that he wants to outlive the world’s eldest person by living up to the ripe old age of 118. Yes. So, for this, he is on a quest to be happy. However, the only roadblock for Dattatreya is his ‘old’ son, who is averse to happiness and wears a permanent frown. And hence, being the interesting parent that he is, he decides to send him to an old age home. However, Babulal, who values everything familiar, will do anything to stay under the same roof as he has for the past 75 years. The only way Dattatreya will allow this is if Babulal promises to change. He does, albeit reluctantly. Thus begins a series of challenges that unfold to reveal a rather emotional tale about the father-son bond. 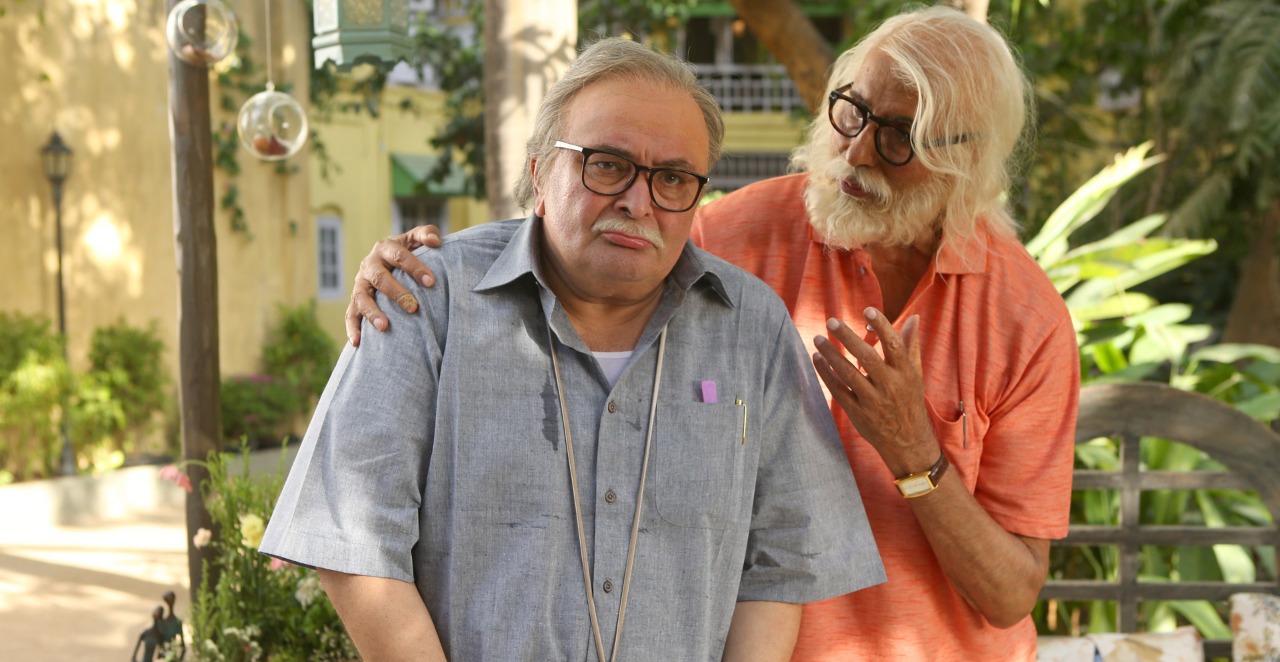 102 Not Out makes use of just three characters and their myriad expressions. Amitabh Bachchan, as Dattatreya, employs such a wide spectrum of emotions that you feel compelled to both laugh and cry with him. He is a magician, who, on cue, makes his audience react. Just when you think that he had mastered the craft and that there is nothing more that he can offer in terms of bringing a character to life, he will surprise you with a new trick from his bag of delights. What a joy it is to see him on screen! Rishi Kapoor, as Babulal, doesn’t have to try hard at all to match up to Amitabh’s prowess. It is he who deftly creates a camaraderie between the characters. Both as a son and as a father, he is as relatable as it gets. After playing a gregarious old man in Kapoor & Sons, it is such a delight to watch him played a subdued character with equal ease. The third character is that of Dhiru, played by Jimit Trivedi. It is through him that we get an insight into the characters. Playing the simpleton with such aplomb requires talent and this man has oodles of it. While the story, per se, is nothing new, the manner in which it has been narrated, works. It is not often that you find yourself laughing and crying in the same film. 102 Not Out manages to do that.

There’s hardly anything to talk about here. However, if pressed, we would have perhaps wanted more music in the film. While the old songs keep us humming, it is always great to have a signature tune to remember a film by.
What To Do
Even if your folks care about superheroes saving the galaxy from a power-hungry, mass-culling enthusiast, drag them to watch this delightful film over the weekend. Make a family outing out of it, we say!
Rating:4 out of 5