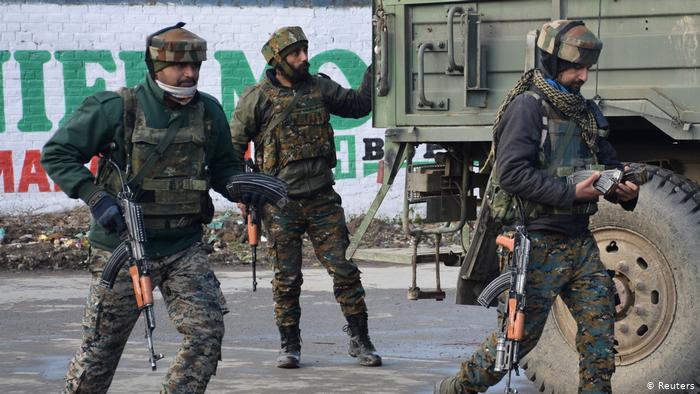 The number of rumors regarding the renewed eruption of terrorist activities in Kashmir valley has grown in the wake of 28000 more paramilitary troops in the valley and nobody, not state, the center has come up with a clear answer as to the reason of more troops deployment.

This has sparked panic and speculation into the people of Kashmir if there is to be renewed terrorist insurgency in the valley and this speculation was stoked anew as it was just last week that the centre has deployed 10000 armed force in Kashmir.

The deployment of extra force came just after National Security Advisor Ajit Doval visited Kashmir from July 24-26 and talked with the authority figures in charge of security in the state.

The additional fact that Amarnath Yatra was suspended till August 4 and troops of 40000 was already deployed for security purposes during Amarnath Yatra.

All these facts stacked together just opened the bag of rumor if possible wider. There is the rumor that article 35 A will be revoked which gives Kashmir a special status and then if, through the rumor of adding Article 370 to the mix, it’s a mess.

A few days before the J&K National Conference party met with the PM and party leader Omar Abdullah said there was no talk regarding the revoking of either Article 35 A or 370.

Satya Pal Malik, the current governor of the state said there was nothing to worry about and everything is ‘normal’.But more and more military force deployment kind of negate his statement.

K Vijay Kumar, the governor’s advisor on security affairs reaffirmed there is nothing wrong saying, “There was an addition or reduction in the security grid owing to our focus on Amarnath Yatra,” and he added, “Therefore, the need arose for little more forces. It is a part of the plan which is in the pipeline”.