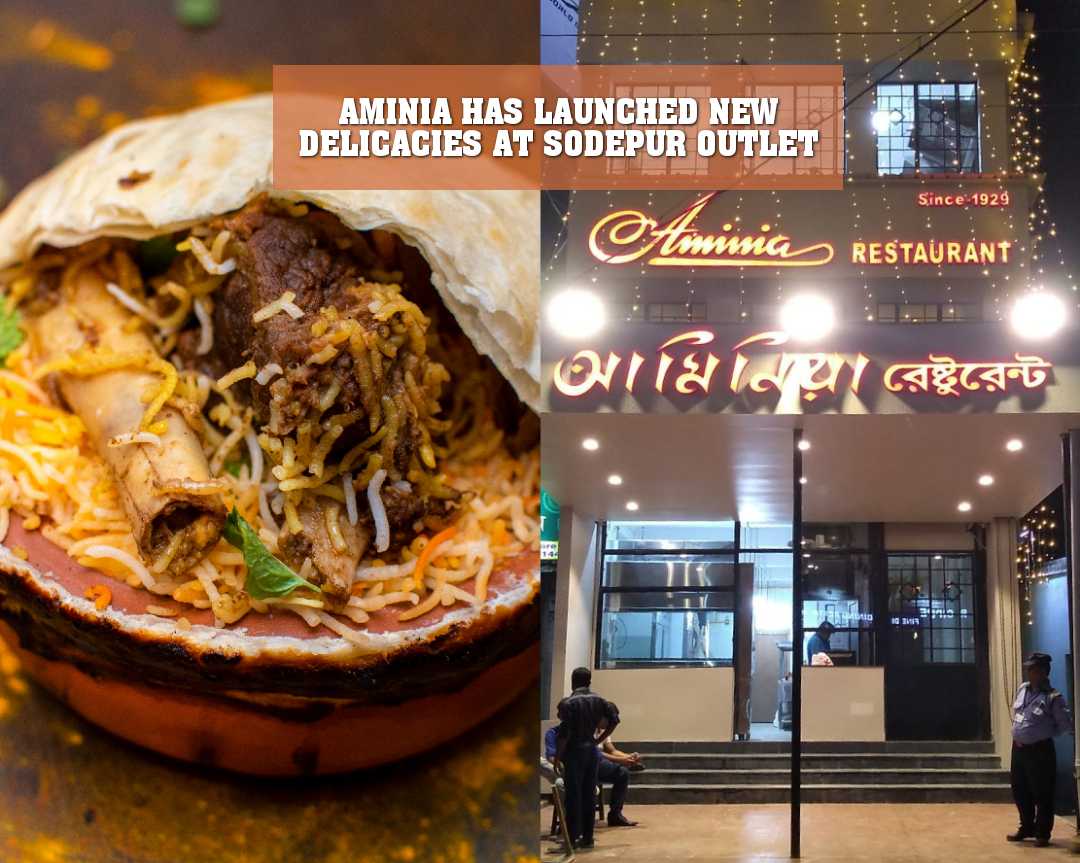 Aminia, the casual fine dining restaurant which has brought its first outlet into existence in 1929 by late Abdul Rahim began its glorious journey by serving Kolkata, the famous Awadhi cuisine of Lucknow and later added other Mughlai dishes to the menu too. After seeing the growing fondness and demand for Awadhi food among the folks of Kolkata, the second generation of the family decided to expand their business. Completing its 90 years of progression, today Aminia has a total of 9 outlets all over Kolkata.

The casual fine-dining restaurant has expanded its chain by setting up outlets in Golpark, Jessore Road, Shyambazar, Rajarhat, Behala, Barrackpore, Serampore and Sodepur. Yes, that’s true! You can now indulge in your favourite Awadhi/Mughlai delicacies in Sodepur too and all thanks to this gem of a restaurant! It has been launched recently during Durga Puja.

Right from its inception, Aminia’s Sodepur outlet is receiving an overwhelming response from its clientele and is happily serving the taste of Mughlai cuisine in quintessential Aminia style. As an emblem of love for the people of Sodepur, Aminia has launched two exclusive dishes in their Sodepur outlet, Dum Handi Biryani and to end the meal with a curved face, Aminia Special Chocolate Bomb. The architect of these two delectable dishes is none other than their executive chef, Sarafat Ali, who is behind the taste of the mouth-watering food of Aminia. Favourite quote being “The only race you have to win is the race against yourself”, Sarafat Ali bears the zeal in him to explore more in the world of culinary arts and that’s what pushes him to bring out more scrumptious dishes from his kitchen. 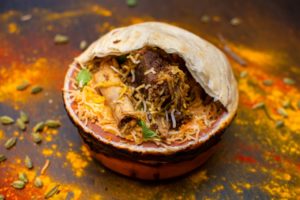 “I feel proud to say that very recently we completed 90 years anniversary of Aminia and with passing time we are expanding our chain. But behind this huge success of Aminia there is the constant support of Kolkata clientele. This was the only reason behind opening another outlet in Sodepur and we are once again astonished by the great response that we have received. But serving the food with authenticity and being experimental with the passing time are two things that keep your stand in the race. So we decided to launch the new items to make our clientele satisfied & delighted.”- Quoted Mohammed Azhar, Chief Managing Director, Aminia. 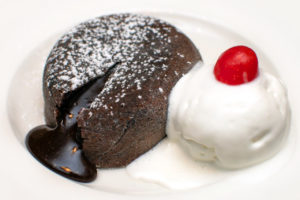 So do Visit Aminia’s Sodepur outlet to taste their newly launched dishes.