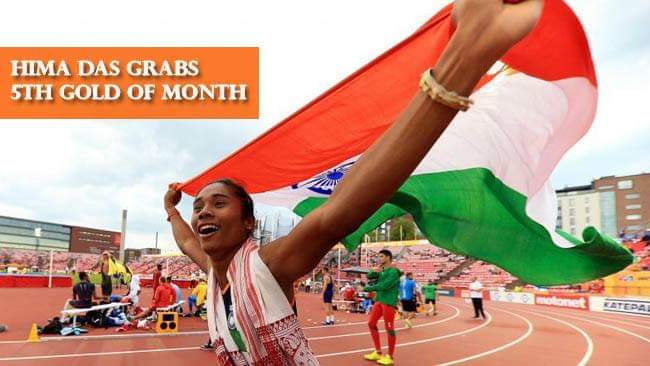 Anusree Jana, Kolkata : Assam girl, Hima Das is a blur of gold streak in the international race track. She scored her 5th gold of the month at 400 meters race of Nove Mesto, the Czech Republic on July 20 and her timing was 52.09s.

This was her spectacular come back for her favourite event of 400 meters race after her struggle to finish at Asian Athletics Championship in April this year due to back spasm. Though her timing of 52.09s on Saturday was slower than her personal best 52.79s at Jakarta Asian Games but it was still her seasonal best. And she missed the qualifying mark of 52.80s for World Championships.
Hima Das Indian sprinter has been on a gold-winning spree since her first competitive race in Europe on July 2. She already bagged four successive golds at 200 meters race in this month alone.