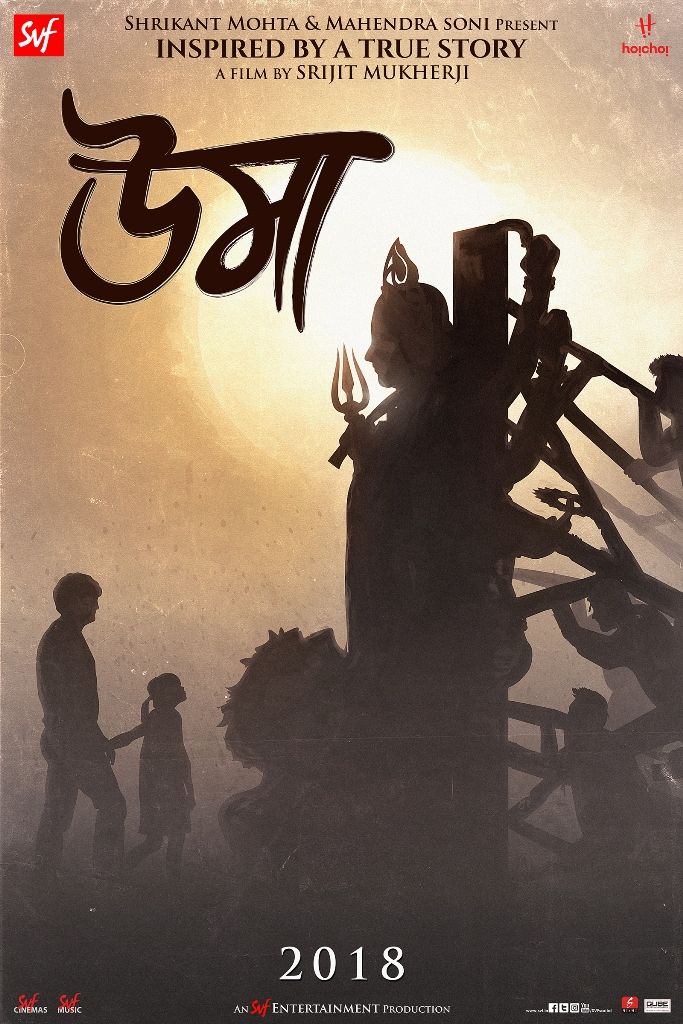 SVF, eastern India’s largest production house, is all set to present a touchingly poignant film inspired by a true Canadian story of a child cancer victim, which could well act as a cultural bridge between two nations.

Christened as Uma, the Bengali film is being directed by eminent filmmaker Srijit Mukherji with ace actors Jisshu Sengupta, Anjan Dutt, Anirban Bhattacharya and Rudranil Ghosh playing prominent characters. This film will also mark the debut of Jisshu Sengupta’s daughter- Sara Sengupta playing the title role of Uma. The film is at the post production stage and is expected to release in June this year.

The film has been adapted from the real-life story of Canadian boy Evan Leversage—known as ‘’The Boy who moved Christmas’’ after his hometown St. George staged a spectacular Christmas celebration—with lights, parade and artificial snow—two months before December 25 in 2015 to make sure that the seven-year-old boy suffering from an incurable brain tumour witnessed the last Christmas of his life. Leversage’s story had attracted the attention of people from different parts of the world, with Hollywood celebrities like Ellen DeGeneres and Ashton Kutcher pitching in.

the change in the storyline made for artistic and cultural reasons—is a story about a young girl (raised in Austria) battling a terminal disease, a father struggling to make his daughter’s dream come true and a director with a past haunting him. Father Himadri makes an all-out effort to take Uma to Kolkata to fulfil her last desire to see Durga Puja before her life slips away, even if it means setting up a false Durga Puja, the most celebrated Bengali festival.

The film is all about searing emotions wracking the characters, including the father-daughter duo, something that will truly inspire the viewers while keeping them on the edge of their seats.

“When I read about Evan Leversage, I was moved to tears. It was hard to imagine what had motivated the people of St. George to come together and move forward Christmas—all for this child. I wanted to capture this rare act of humanity on celluloid so the inspirational story reaches a bigger audience cutting across geographical boundaries,” said director Srijit Mukherji, the maker of such critically acclaimed films as Autograph, Baishey Srabon, Jaatishwar, Zulfiqar and Rajkahini, who contacted Leversage’s mother, Nicole Wellwood, and informed her of the decision to base a movie on the story of her son’s last Christmas.

Mahendra Soni, Co-founder and Director, SVF said “This is a truly touching and inspirational story and Uma will capture it for the audience in Bengal and elsewhere in the country. Moreover, it is being directed by a filmmaker as accomplished as Srijit Mukheji. We, at SVF, believe in promoting and producing path-breaking films that often sets the trend and I have no doubt in my mind that this film will touch people’s heart everywhere on earth, breaking the language and cultural barriers.”