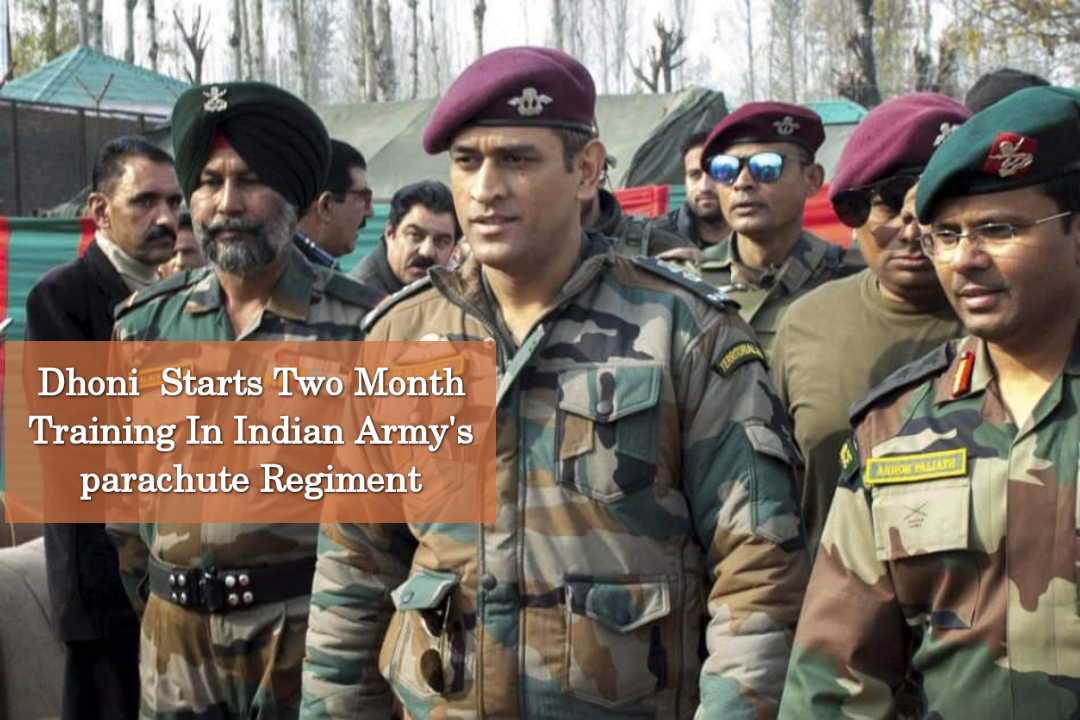 Anusree Jana, Kolkata : Indian star cricketer Mahendra Singh Dhoni has joined Indian Militray’s Parachute Regiment.
Dhoni’s love for the Indian Military is no secret .in 2015 he qualified as a paratrooper after the former captain of the Indian Cricket Team completed five parachute jump from military aircraft in Agra Training Camp.
On Wednesday Dhoni joined a Bengaluru headquarter battalion but he will do his two-month training with Parachute Regiment. His first posting will be in Kashmir.

Mahendra Singh Dhoni has been awarded the honor of Lieutenant Colonel in the Territorial Army unit of the Parachute Regiment in 2011.
Dhoni will not be playing for India’s West Indies tour starting from August 3.
Captain has taken time to fulfill his wish and promise for the next 2 months.
Dhoni’s move is hoped to raise awareness and inspire the youth about the armed force.