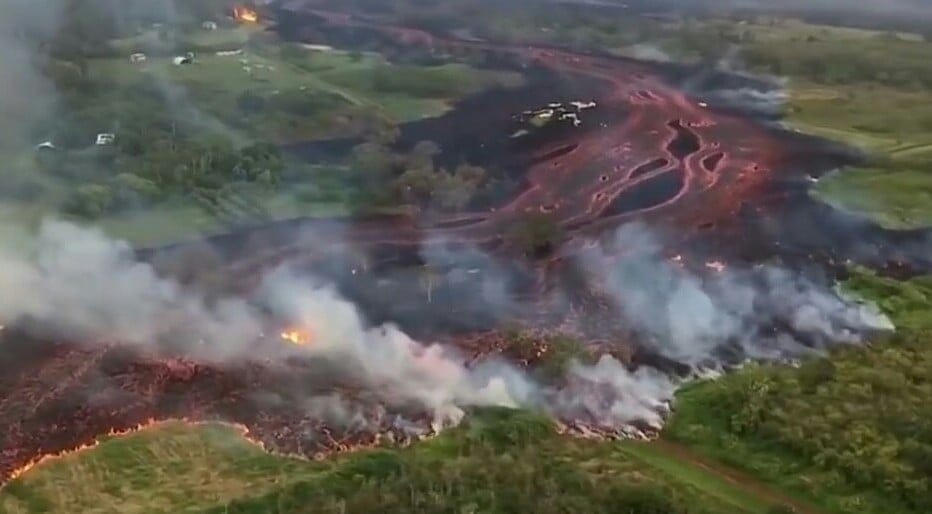 White plumes of acid and extremely fine shards of glass billowed into the sky over Hawaii as molten rock from the Kilauea volcano poured into the ocean, creating yet another hazard from an eruption that began more than two weeks ago. 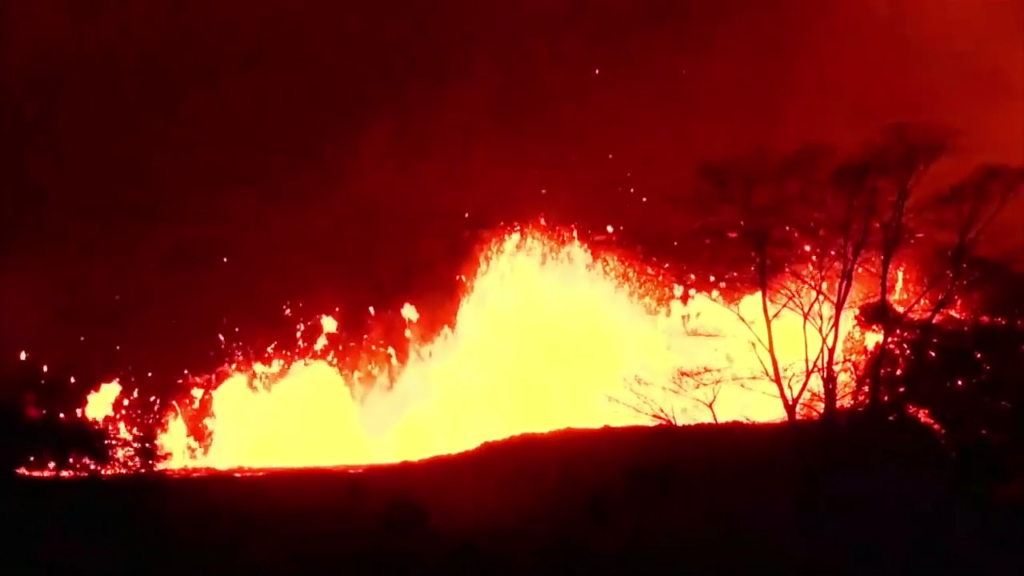 Authorities warned the public to stay away from the toxic steam cloud, which is formed by a chemical reaction when lava touches seawater. 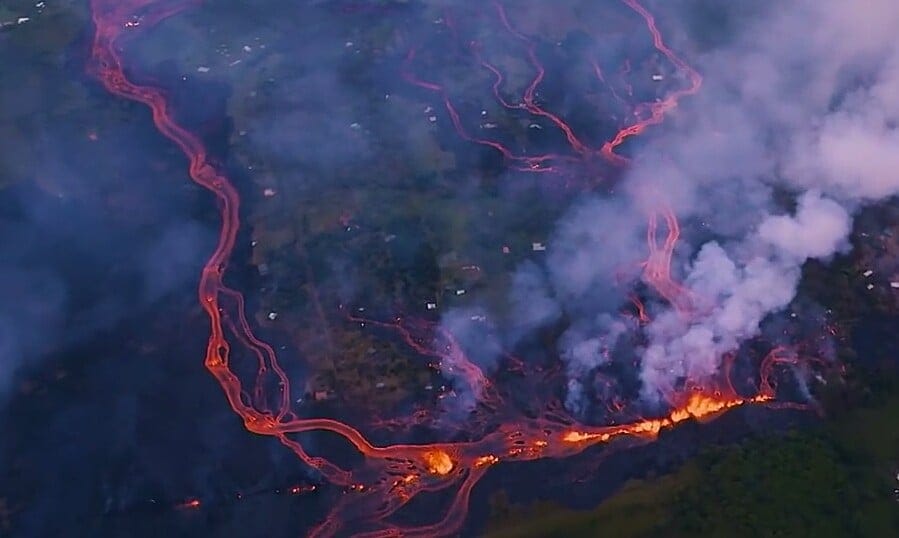 Further upslope, lava continued to gush out of large cracks in the ground that formed in residential neighbourhoods in a rural part of the Big Island. The molten rock formed rivers that bisected forests and farms as it meandered toward the coast. 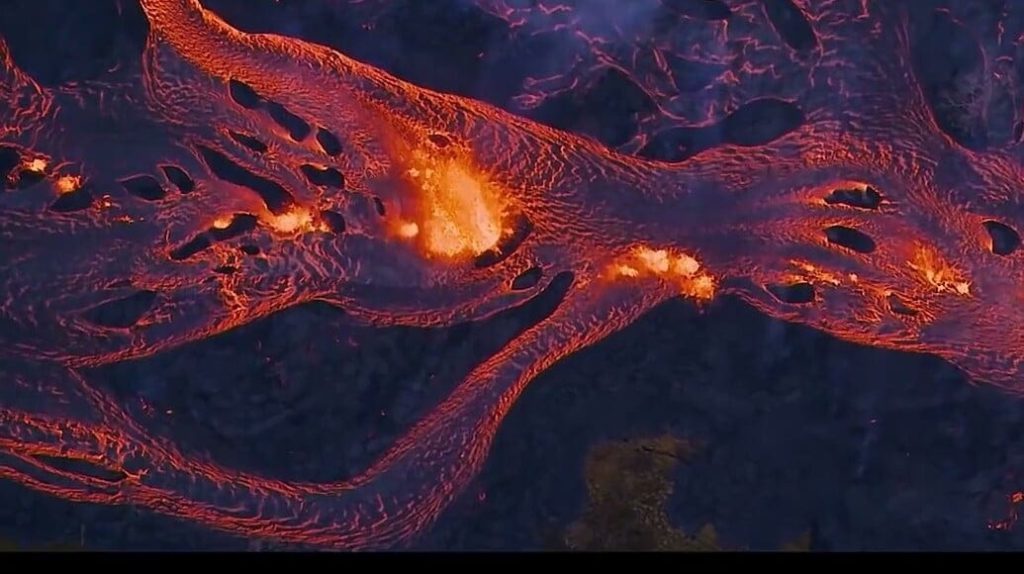 The rate of sulphur dioxide gas shooting from the ground fissures tripled, leading Hawaii county to repeat warnings about air quality. At the volcano’s summit, two explosive eruptions unleashed clouds of ash. Winds carried much of the ash towards Wood Valley, Pahala, Naalehu and Waiohinu in the south-west of the island.

Officials said one small eruption produced an ash plume that reached about 7,000ft. The County of Hawaii issued a civil defence message early on Monday, warning those in affected areas to stay indoors with windows closed and to drive with caution. 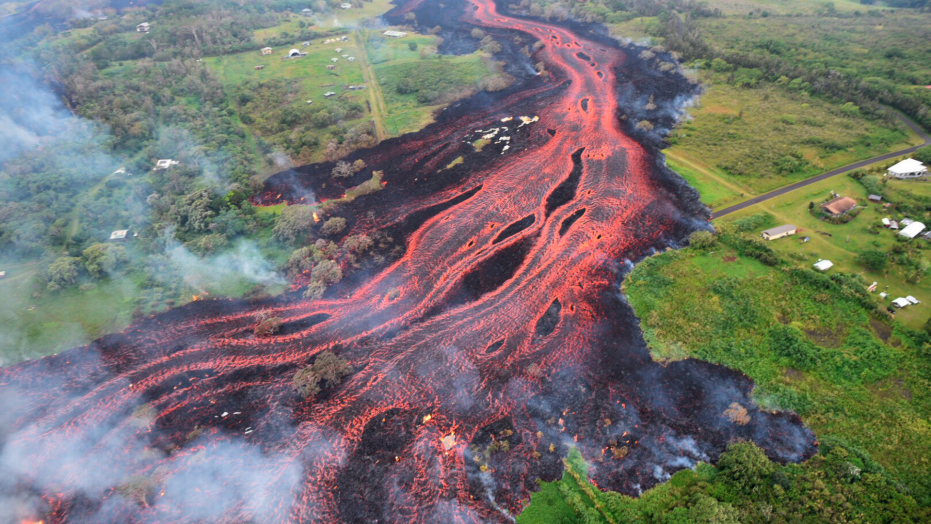 Joseph Kekedi, an orchid grower who lives and works about three miles from where lava dropped into the sea, said at one point the lava was about a mile upslope from his property in the coastal community of Kapoho. He said residents could not do much but stay informed and be ready to get out of the way.