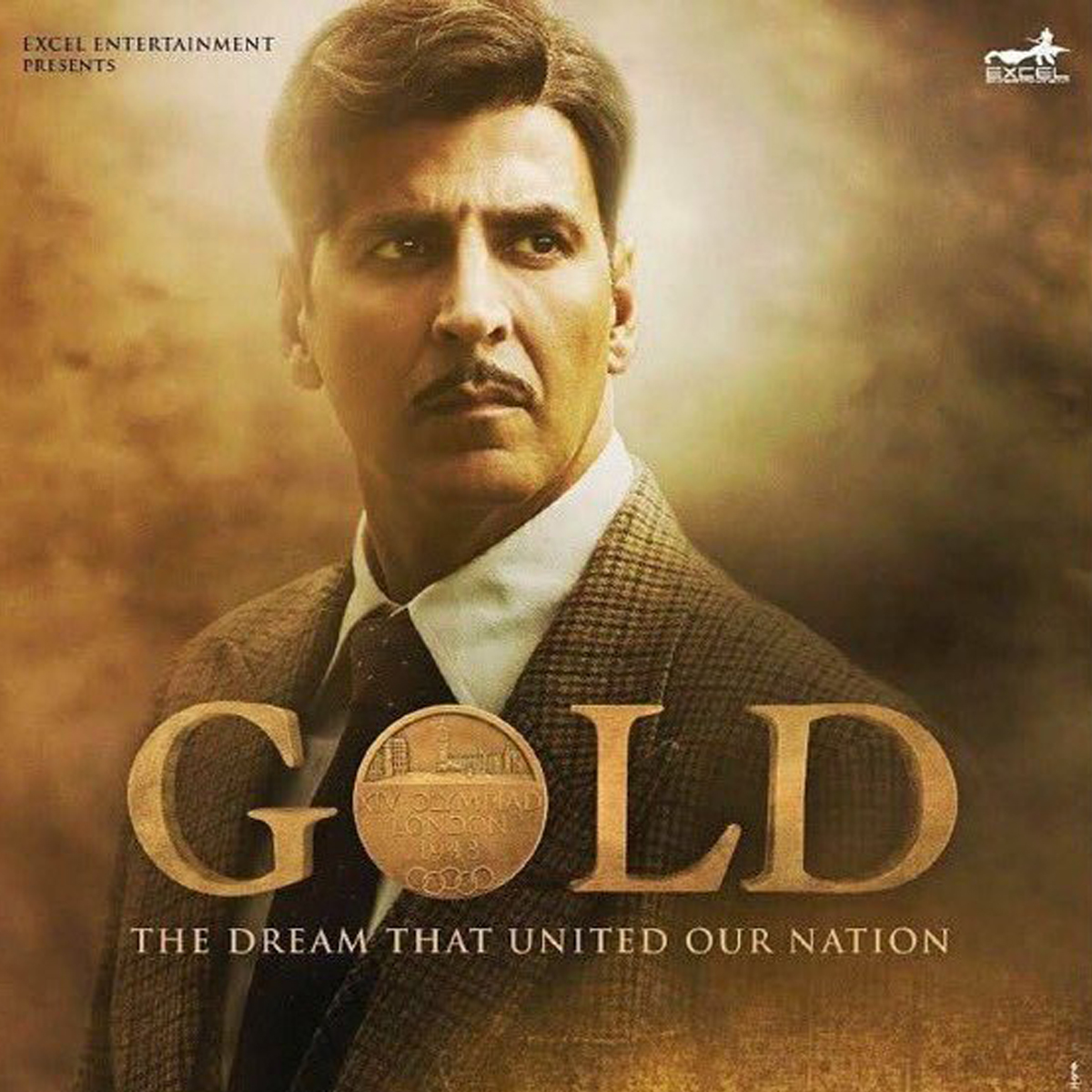 There’s something about a sports drama, isn’t it ? Much like a real-life duel, watching even a staged match gives you an adrenaline rush like nothing else. Throw in a little patriotism in the mix and you have yourself a winner. Which explains why so many filmmakers want to tap into the potential of such stories. And hockey matches provide ample scope to make for a good drama. With team conflicts, internal politics and individual aspirations, it is no wonder that the sport finds more favour with Bollywood than cricket. Gold is the latest film to have tapped the topic. The trailer did manage to intrigue us but will the film strike gold with its story. Here’s what we think…

Tapan Das (Akshay Kumar) is one thing – passionate. However, he is not a hockey player. He manages the British Indian hockey team and wants to see the team play for an independent India. He and the Captain of the team, Samrat (Kunal Kapoor) vow to win Gold for an independent India even as they bow before the British flag after winning the 1936 Olympics for them. But their dreams bite the dust when World War II begins. As Tapan downs one peg after the other, he can see his life and dream slipping away. His wife, Manobina (Mouni Roy) is a nag, who is tired of his wayward ways and drinking habit. Tapan loses his confidence and the world loses all respect for him. Until one day, when he reads an announcement about the 1948 Olympics. With renewed vigour, he sets about the task. However, he finds it to be easier said than done. When after, with much difficulty he manages to get a go ahead on a team, India’s partition plays spoilsport. Along with the nation, Tapan’s team also gets divided and he finds himself at the bottom of the barrel again. But will he manage to find a new team in time for the Olympics? He does. Raghubir (Amit Sadh) and Himmat (Sunny Singh) are his key players. But will they bring him Gold? You will have to watch the film to find that out.

The film is brilliant in parts, especially when it correlates with historic events. Nothing spells patriotism better than scenes from the great Indian freedom struggle. And the film wisely provides lots of that. You can sense the players’ frustration as they play for a different nation. You feel the pain when Indians are asked to choose between their country or a new one. The film manages to successfully capture the confusion of that period, making you relate to the goings on, on a personal level. Also, Gold never indulges in Pakistan bashing, which is a refreshing change. They could have easily fallen prey to the lure of bringing in some good old rivalry and the resulting drama but it instead places the neighbouring country in high regards, making them seem as much of a victim of partition as India. Akshay Kumar, Amit Sadh, Kunal Kapoor and Sunny Singh deliver splendid performances. Sunny Singh’s romantic track with Nikita Dutta is perhaps the only distraction in the film which we don’t mind

The film gets too gimmicky in parts, which is when it falls flat. It is a sports drama but it also wants to be a family entertainer. So some hamming, jokes and silly songs are thrown in for good measure, taking away so much from the story! They seem like an entirely different film. You expect a serious filmmaker like Reema Kagti to at least steer clear of such distractions but unfortunately that doesn’t happen. Talking about the story itself, it is so similar to Chak De! India, you would have to be both blind and a fool to not draw comparisons. Been there, seen that! The plot points seem heavily borrowed from the Shah Rukh Khan-starrer. Despite having released 11 years earlier, the film has an amazing recall value, which works against Gold. And you almost rue the fact that unlike that film, this one doesn’t even have a great score to redeem itself. Except the title song, which can be heard for a bit in the film, the other songs all seem forced. Akshay has our sympathies for trying to sound convincing as a Bengali and failing miserably.