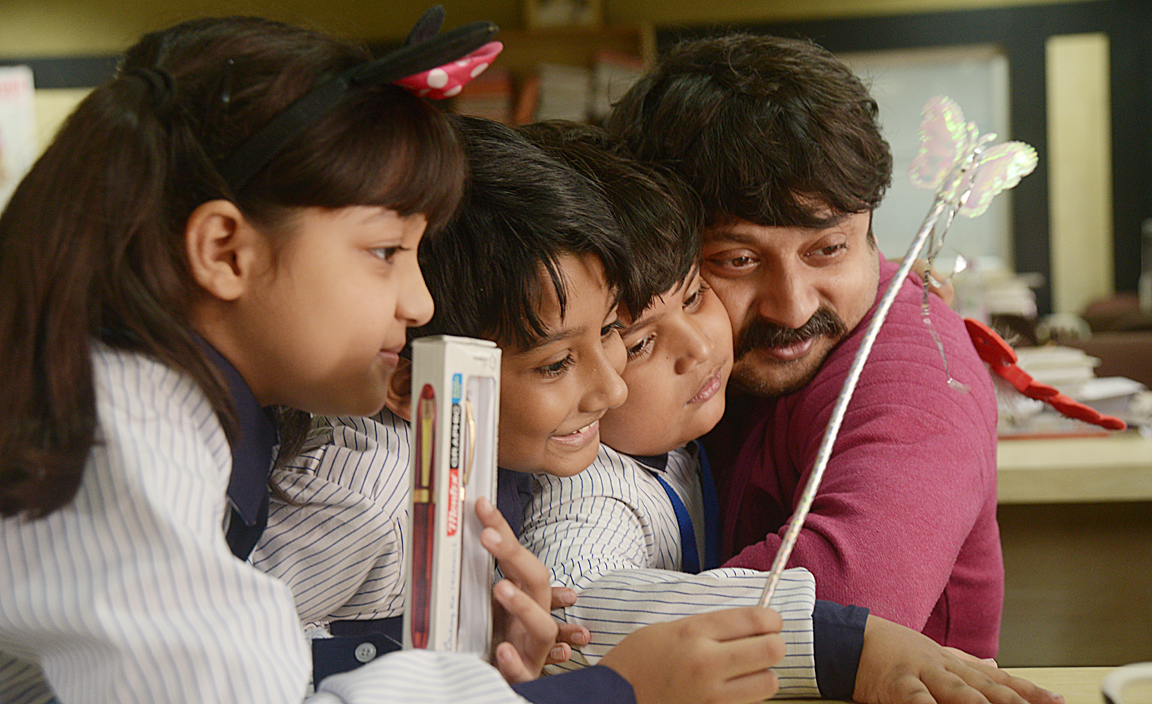 Following the unprecedented success of their low-budget directorial debut – #Icche in 2011, Bengali director duo #ShiboprosadMukherjee and #NanditaRoy have become the de facto conscience keeper of audiences. The clash between a contemporary society and traditional ways has been a running theme in their works. Their cinema says simple stories in a simplified manner and somehow, they understand the pulse of thier target audience better than anybody else.. Plus, they are masters when it comes to casting the right names for thier characters – I love the fact that they always end up choosing better actors over better names (pun intended).. Their movies are not about big budgets or star cast – it’s about dealing with realistic issues and hence, their films end up connecting with the audience always without fail.. Perhaps, that’s one of the reasons we are yet to see any of their films fail at the box office till date and that’s one hell of a success story undoubtedly.. Seen in the context of their previous films, Haami is surprisingly smarter and leaner, and avoids replicating the regressive gender politics and moral posturing seen in some of their biggest successes. In Haami, Shiboprosad Mukherjee (who I have always felt is an even better actor than a director) & #Gargi Roychowdhury reprise their Ramdhanu (2014) characters, Laltu and Mitali, respectively. In Ramdhanu, Laltu and Mitali Dutta are a harried middle-class couple struggling to get their son admitted to a reputed Kolkata school. In Haami, Laltu and Mitali Biswas are financially stable, but their headache is keeping their Salman Khan-loving son Bhutu ( BrotoBandhopadhyay – undoubtedly the star of the show ) out of trouble in school. Bhutu becomes the best friend of the newly admitted Chini ( TiyashaPaul ). Their friendship, however, brings the two families to the war room after Bhutu gives Chini a peck on the cheek. The word “Haami” loosely translates into a kiss with a non-sexual connotation.

That words and actions mean different things to different people is evident in the film’s early scenes, when the act of kissing is made a casual, everyday thing. There are moments of a father-son kiss, a father-daughter kiss, a female teacher kissing a young boy on the hand and a boy accidentally seeing her parents who are about to kiss. Yet, in a world replete with reports of child sexual abuse in an educational environment, parents are bound to get alarmist over the slightest instance of innocent intimacy. In Haami, the debate is further put in context by referencing recent events such as the Ryan International School murder case of Gurugram (Chini’s parents have recently shifted from Gurugram to Kolkata and have brought their panic about school regulations along with them) Haami tactfully touches upon a range of issues surrounding the central theme without making each crucial moment overstay its welcome. The laughs are well-earned, thanks to a wonderful acting ensemble of skilled veterans and handpicked child artists. Contrived melodrama, a recurring trait in Mukherjee and Roy’s cinema, is largely absent from Haami, barring the instance of a song sequence full of stock shots of teary people to help push the point that the moment on screen is particularly emotional.

After a breezy first half that is mostly vignettes establishing the personalities of the students, parents and teachers, Haami’s second half, for a while, threatens to go down the zone of high-minded preaching. But the climactic plot development involving Bhutu and Chini, the two sets of squabbling parents, stressed out teachers and a CCTV camera picks up the film’s spirit. Special mention needs to be made about yet another brilliant performance put up by #Aporajita Addho who portrayed the role of a teacher in charge with impeccable finesse.. Loved the songs and especially the lyrics.. A thought crossed my mind as the end credits rolled on the screen – i can imagine parenting a kid in today’s world must be one hell of a task considering the exposure these kids already have courtesy Internet but having said that, why on earth do we adults end up complicating the lives of kids unnecessarily sometimes – can’t we let them enjoy their innocence till it lasts because we all know they will loose it sometime soon like we all have at some point of our lives unfortunately.