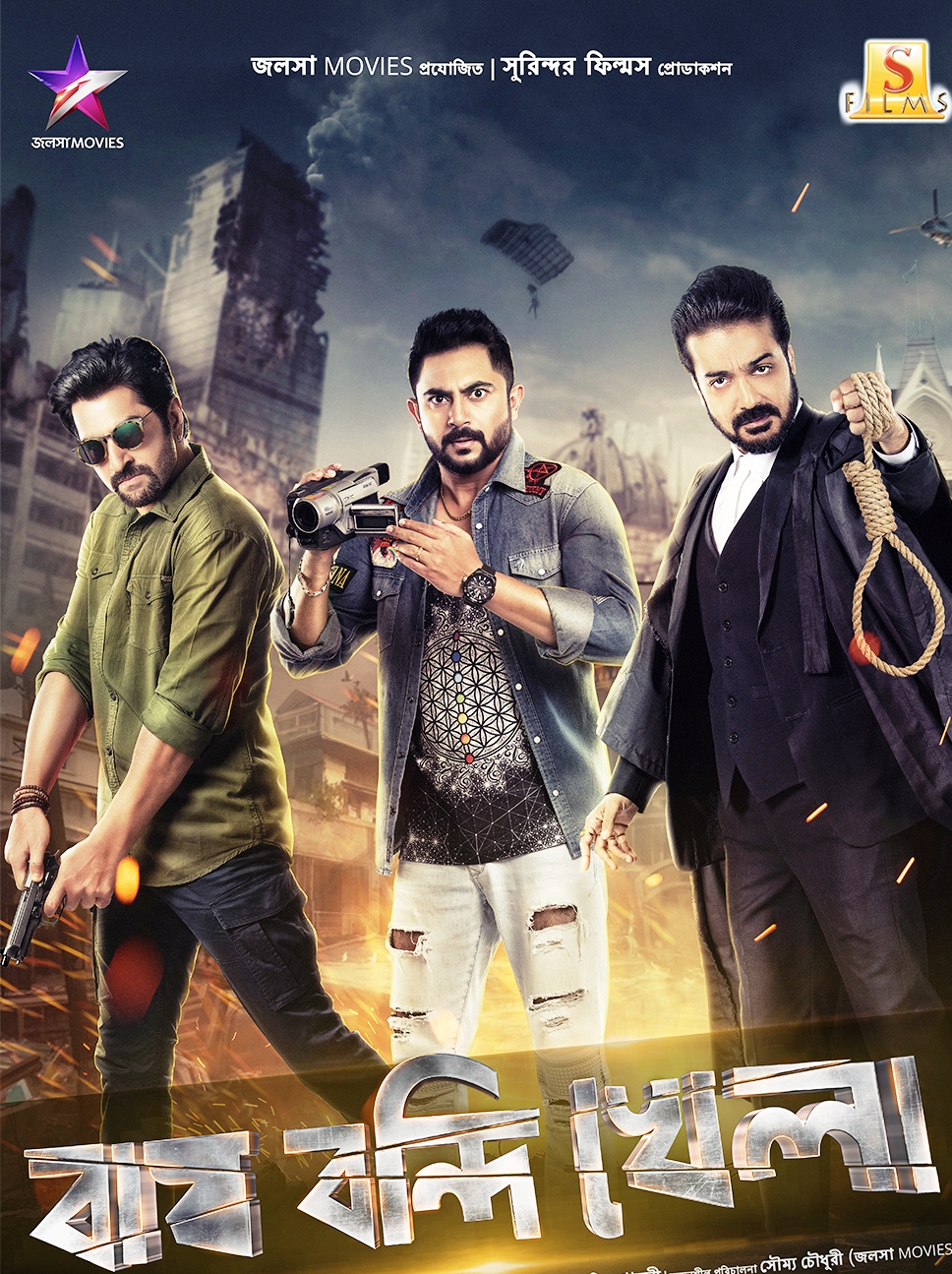 The trendsetter in redefining excellence in the industry, Jalsha Movies has always striven to establish new benchmarks that have redefined cinematic experience for its viewers on the small screen. The channel is all geared up for hosting three leading superstars enacted “Movie of the Year – Bagh Bandi Khela” this Sunday.

The biggest release of 2018 ‘Bagh Bandi Khela’ brings together three mega-stars of the Bengali Movie Industry in a unique anthology film directed by three leading directors –Raja Chanda, Sujit Mondal and Haranath Chakraborty. It’s a project which brings together an explosive line-up of stars and established actors together to entertain the viewers of Bengali Movies and back them in theatres.

As per the first week hall count, ‘Bagh Bandi Khela’ releases in 128 theatres and ran in theatres for weeks and this fact substantiates the claim of being the biggest release of the year. After completing successful 6 weeks in theatre, the movie is now ready for its Television Premiere within 45 days on Jalsha Movies.

Raja Chanda directed and Jeet-Sayantika enacted ‘Bagh’, is an action thriller and the film is replete with jaw dropping action & daredevil stunts – choreographed by the maverick Allan Amin. The uniqueness of the ‘Bagh Bandi Khela’ is where ‘Bagh’ ends, ‘Bandi’ begins. The hit jodi of Soham and Srabanti are back in this story directed by Sujit Mondal as wedding planners who are caught in the eye of a storm as they become witness to an incident they should not have seen. The story ends in a court where the third story makes its first move. ‘Khela’ is a drama which explores the trials and tribulations of a father-daughter relationship. Haranath Chakraborty joins hand once again with Prosenjit Chatterjee, playing a role of a criminal lawyer and Rittika playing the role of his daughter.

A visual treat for movie lovers, this Prasenjit, Jeet and Soham starrer is an Action Thriller and is set to pave its way into the hearts of its audience on television screens all across Bengal within 45 days from the date of release in movie theatres on 23rd December Sunday at 6 pm on Jalsha Movies.