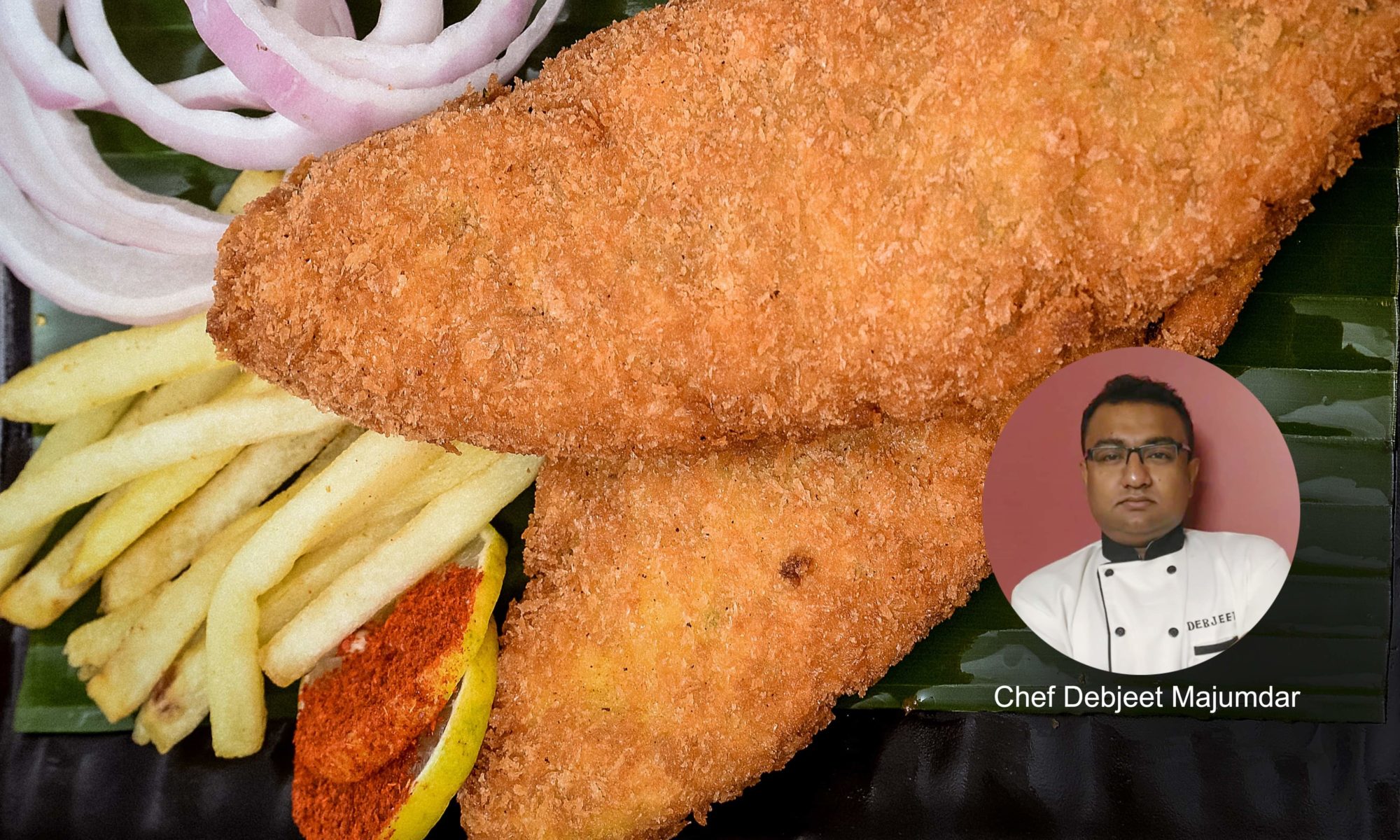 The British Colonialism have left India with some good influences in our lifestyles, food and culture. Post British era we have seen the development of many British and Anglo Indian food with local ingredients added to suit the palatability of the locals. The most famous of such dishes is the Kolkata Style Fish Fry which has come a long way from its ancestral Fried Fish N Chips. This recipe is commonly followed in Old Kolkata Cabins as well as by caterers in marriage functions.

Method: Cut the fish fillet in long diamond shape and clean.Marinate with salt,lemon juice and water for half an hour and keep aside.Prepare a smooth marination with the other ingredients including one egg.After half an hour clean and dry the fish pieces and marinate with the marination prepared for atleast one hour.Dip in a coating of refined flour and egg,crumb and shape.Deep fry in refined oil until golden brown and serve with salad and kasundi.