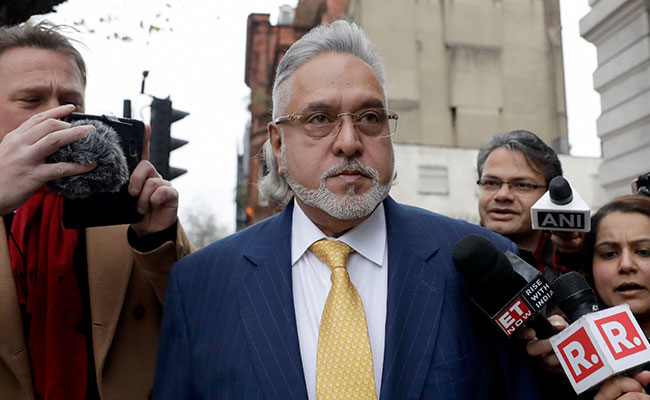 Beleaguered businessman Vijay Mallya on Tuesday received a major setback as he lost a UK lawsuit over 1.55 billion dollars filed by Indian banks, reported Bloomberg. It indicated that Mallya, who still faces charges of fraud, could find himself in a pool of trouble as India continues to push hard for his extradition. Apart from that, Mallya also received another setback today as a Delhi court issued directions to attach his properties.

The report suggested that Judge Andrew Henshaw told that the lenders, including IDBI Bank Ltd, could base their argument on an earlier Indian court ruling where Mallya was charged with wilfully defaulting at least $1.4 billion in debt in relation to the now-defunct Kingfisher Airlines. It may be noted that the judge even refused to nullify an order freezing Mallya’s worldwide assets.

Apart from the case related to Mallya’s extradition, he has been fighting several other lawsuits in both UK and in India. After he fled India in 2016, Mallya was once arrested in London in relation to India’s extradition request and is still fighting to evade an extradition to India where he will face trial over the financial crimes.

The news of the hearing did not fetch any comments from Mallya’s lawyers, and the judgment passed by Hens haw has made things complicated for his attorneys. An earlier order to freeze assets had forced the former ‘King of good times’ to live on a fixed weekly allowance not exceeding 5,000 British pounds, which was later increased to £20,000 on a weekly basis.

Earlier, the beleaguered liquor baron had fled India after defrauding a consortium of 17 banks to the tune of Rs 9,100 crore or $1.4 billion. Since he has left, Indian authorities have attempted several times to bring him back to the country but without any positive outcome.

On the other hand, Mallya maintains that an unfair “witch-hunt’ was launched against him and that the charges against him were based on “biased investigations”.