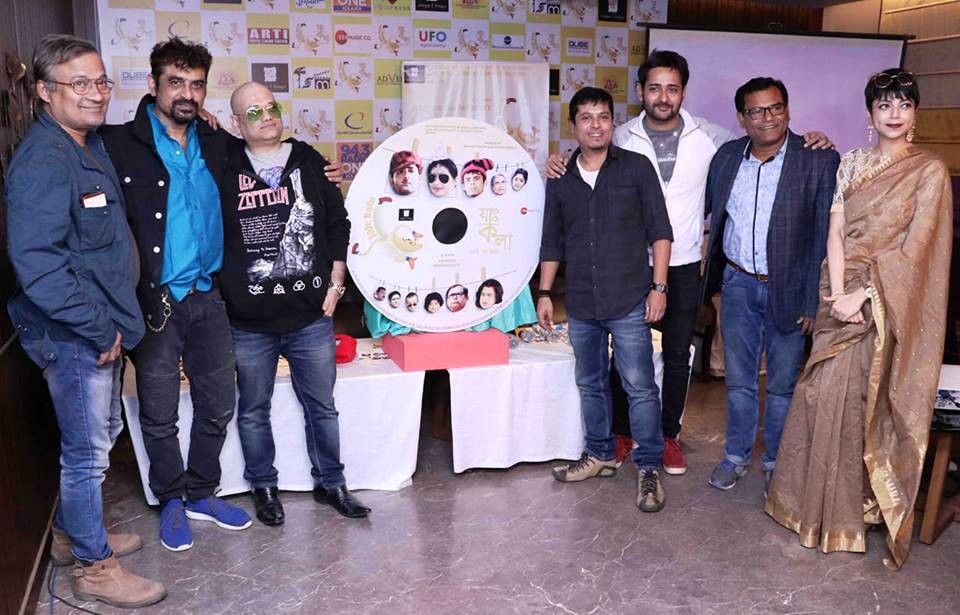 “Jah Kala” is an action-comedy film based on the story about the humble effort by a “Common Man” to eliminate social parasites for a peaceful society through comedy & satire.The story belongs to the character named Aranyadeb, an ardent follower of the legendary martial artiste “Bruce Lee”, keeps dreaming of cleaning society alone from miscreant, like his master. But in fact, timorous and even frightened to protect his self respect, he is, often, laughed and bullied by his friends, family members and even by his extrovert and seemingly mismatched girl friend Jhilik. With blessings of “Auto Baba”, an unexpected intriguing incident catapults Aranyadeb towards an overnight hero in pursuit of his dream he embarks on a journey with his renewed energy, enthusiasm and the support of his sweetheart. During his day to day interactions with the local miscreants, he felt the goons actually are simple people who unfortunately lost their life track due to lack of guidance. But shockingly, he also discovers the local MLA Santosh Da is behind this social aberration. He is making young “men of promises” turn into hardcore criminals for his political mileage. Aranyadeb’s mission took a new turn. The epic battle between ‘The Good’ and ‘The Evil’ sets in motion.

With an intention to reach every stratum of spectators, the director tried to portray a humble effort by a “Common Man” to destroy social parasites for a peaceful society through comedy & satire. “Aranyadeb”, the main character of the film enacted by television actor Aditya Choudhury, exemplifies a belief, a promise, an honest attempt and an inspiration to all of us.

Speaking on the occasion, Mrs Mayurakshi Biswas producer of the film said,” Jah Kala is the debut film of our production house ‘’ Mayurs Troupe and Entertainment” as well as the same for actor Aditya Choudhury who is the male lead. ‘It is an action comedy movie with five melodious songs. Music Director Samidh Mukherjee composed the music where renowned singers like Krishna Beura (Mumbai), Shilajit, Timir, Malini Banerjee, Samidh Mukherjee lent their musical voice. We are happy to let you all know that ‘Jah Kala’ is all set to hit the big screen on 1st February 2019. We hope audience will enjoy the movie.