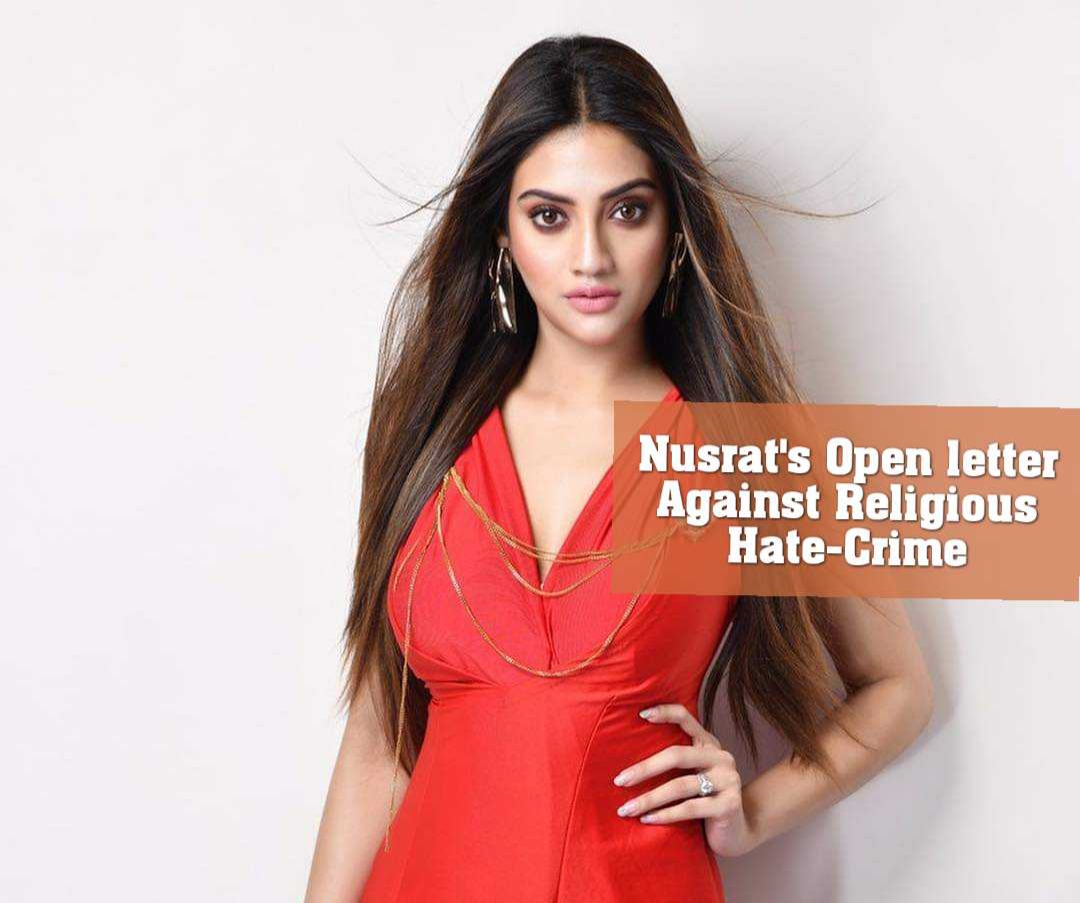 Trinamool MP and Actor Nusrat Jahan in an open social media letter shared her concern about increasing religious hate crimes.
The Basirhat MP on July 24 posted a letter in Tweeter where She supported the 49 intellectuals’ letter to Prime Minister highlighting their concern on the alarming growth of attacks on the religious minorities.
The letter underlines the rise of the number of hate crime ‘hate crimes and mob-lynching are on steep rise in our country’ and she also listed the number of death in this year alone ‘2019 by now has witnessed more than 11 hate crimes and 4 deaths and they are all minorities and suppressed.’

She also pointed out the fact that mob-lynching has sudden uprising since the Bhartiya Janta Party came in power’2014-2019has the most hate crimes against Muslims, Dalits, and Minorities to its credit’.
She alleged the government’s inaction and inability to heed Supreme Court’s directive on last year July 17 to come up with a law to curb these incidents has fuelled ’numerous incidents of citizens being attacked by so-called “cow-vigilantes” over beef eating, smuggling, etc.’ In her letter, Nusrat said mob -lynchers turned ‘ Lord Ram’s name into a murder cry’ and she labeled the perpetrators of mob-lynching act as ‘nothing but enemies of our country and terrorists’.

Nusrat represented herself as representative of ‘new age secular India’ and urged lawmakers and authority to put forwards legal stipulation against such heinous hate-crimes.