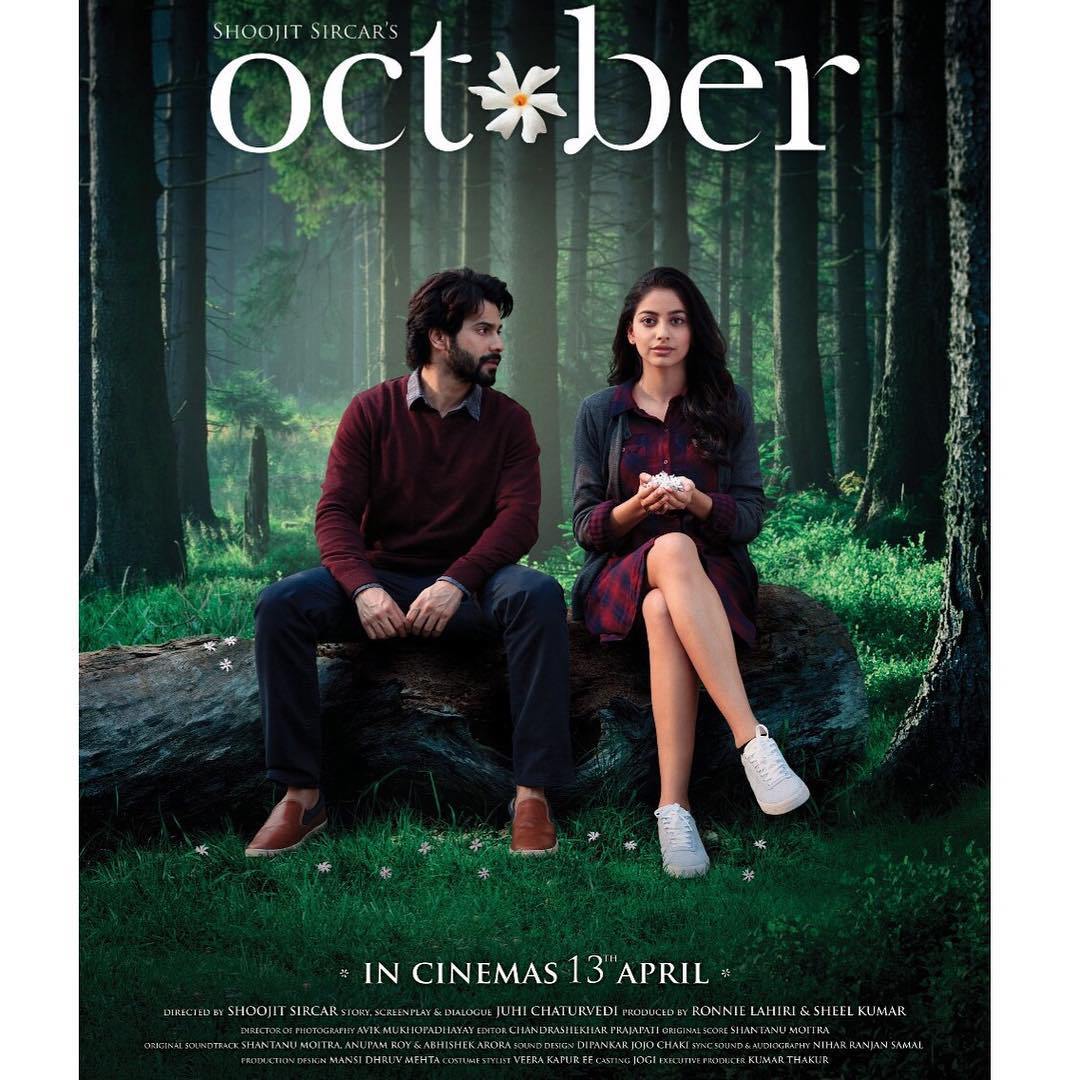 Right from the first look of the film, Octoberhas been an enigma. The trailer, which is usually supposed to offer a glimpse into the film, in this case only serves to further intensify the mystery. We are left pondering as to who is Dan, why is he doing odd jobs and why is Banita bed-ridden, and what transpires between the two. There is just one thing that we are absolutely sure of – a Shoojit Sircar film seldom disappoints. With high hopes and much curiosity, we head to the press screening of October and here’s what we think of the film…

Danish aka Dan (Varun Dhawan) is a hotel management trainee, who seems to be completely lost. His colleague, Shiuli (Banita Sandhu), on the other hand, is quite purposeful and determined. While everyone else goes about their daily duties quite diligently, Dan seems to question everything without any reason, thus annoying his seniors and affecting his grades. Banita, on the contrary, has the answer to most questions. Life seems to be pretty mundane, when, thanks to a freak accident, Shiuli slips into a coma. While this seems to be the end of the world to her family, Varun suddenly finds a purpose. He becomes obsessed with Shiuli – offers hope to the family when even doctors can’t, monitors her progress, and even gets her groomed, all while compromising on his job. But why is Dan so obsessed with Shiuli, especially when they barely even spoke before the accident? Well, we will let you find that out when you watch the film.

Let me take a moment here to gush over Varun Dhawan. What an absolute delight he is! A far cry from his street-smart avatar in his last movie outing, Varun is subdued to the point of being unrecognisable in the film. He is a study in innocence. Don’t be surprised if you find girls around you squealing in delight at his naivete. There are times when the film gets a little too much to handle and it is then that Varun’s charm comes to its rescue. Apart from Varun, who is running quite a one-man show, there’s Geetanjali Rao, who, as Shiuli’s mother, is so subtle and restrained, it breaks your heart. As for the film, it takes its time to grow on you. Shoojit’s penchant for capturing the essence of Delhi with wide angle shots continues with October too. You can almost feel his presence in the film every time there is a poignant moment between two characters or each time a character has an internal communication of some sort. It is just as tangible as the underlying emotion in the film – that of love. It is so rare to find a film that doesn’t hammer the point or tries to tell you that love should be a certain way. October lets love be. It leaves the emotion open for the audience to decipher in their own way. Just like the flower, Shiuli, that blooms first in the month of October and withers as soon as soon as it falls on the ground, love, in this film, is sublime almost to the point of being invisible. But if you pay attention, the fragrance will draw you in and keep lingering for long after, just like the scent of the flower which is impossible to forget. Even years later, with a mere whiff, you will be transported back in time. Similar is the impact of the film, such that for hours later, you will still be pondering. It is evident that Shoojit wasn’t playing to the gallery while envisioning this ‘flowery’ film.

After being shrouded in mystery for so long, the film doesn’t have much to reveal. There’s no suspense here and that seems to be the film’s biggest letdown. While we love it that Shoojit’s films use the pause to effectively drive across the point, here it seems to be overused. The pace of the film can be a real deterrent. Some scenes have been unnecessarily languished over and could have been done away with on the editing table. After promising a lot during promotions, Banita Sandhu’s debut leaves much to be desired. While present throughout, she barely has anything to do in the film. Not saying that she should have looked pretty and run around trees in her debut film, but being bed-ridden for more than half of the film is not a good idea either. Also, it would help if we had a little more insight into Dan. Why was he the way he was – now that would be a good thing to explore in the film.