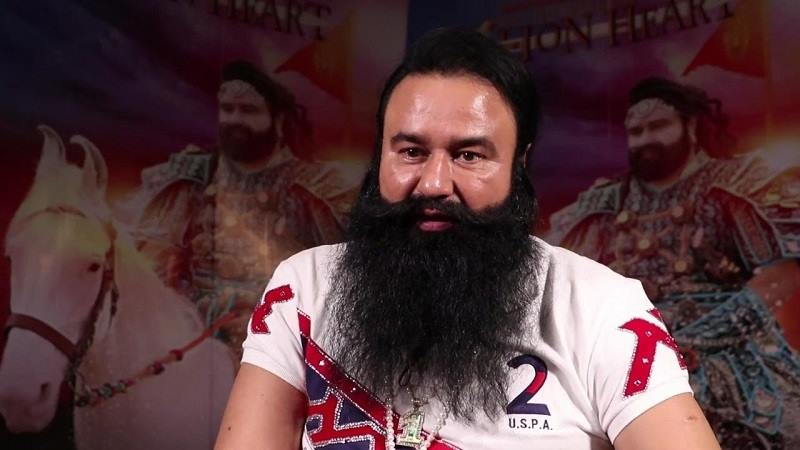 A flamboyant Indian ‘god man’ Ram Rahim Singh has been convicted of killing a journalist who was investigating two rapes committed by the influential spiritual leader.

Ram Rahim Singh was convicted on Friday along with three others of killing Ram Chander Chhatrapati, 51, in 2002.

Singh, once known as the “guru of bling”, was a cult leader who claimed to have 60 million followers worldwide, played himself in hagiographic biopics and courted India’s most powerful politicians.

He lived with tens of thousands of his followers on a sprawling 400-hectare ashram in Haryana state with its own hotel, factories, cinemas, schools and cricket stadium.

His rule came to a violent end in August 2017 when he was convicted of raping two female followers and 150,000 of his supporters ran amok across two Indian states. The Indian army was called in to quell the unrest, which left at least 30 people dead and more than 250 injured.

The rape investigation arose when a woman wrote an anonymous letter to the Indian prime minister in 2002 claiming she had been raped by Singh. News of the letter was published by Chhatrapati in his newspaper, Poora Sach.

India’s Central Bureau of Investigation alleged that Singh, 51, and his associates believed Chhatrapati was responsible for the circulation of the letter. He was shot five times at point-blank range by two assailants outside his home about five months later.

The gunmen and the owner of the weapon were named in the first charge sheet, but the journalist’s son had to fight for years to have the case transferred from the local police to federal authorities, who found evidence of Singh’s involvement.

The court in Haryana said on Friday that Singh had ordered the hit. Curfews were imposed in the surrounding town after the conviction and security was increased but there were no reports of violence.

The headquarters of Dera Sacha Sauda, Singh’s sect, has largely been deserted since his conviction for the rapes in 2017, according to Indian media reports. It is unclear who now leads the organisation or how many supporters remain.

The guru achieved mainstream popularity in 2014 when he appeared in the first of two films about his life, in which he was credited for 30 roles, including director, producer and choreographer. Its ticket sales flagged after Indian police went public with accusations that Singh had been organising “mass castrations” of his followers, a charge he denied.

Singh is serving a 20-year jail sentence for the rapes. He will be sentenced for the murder on 17 January.