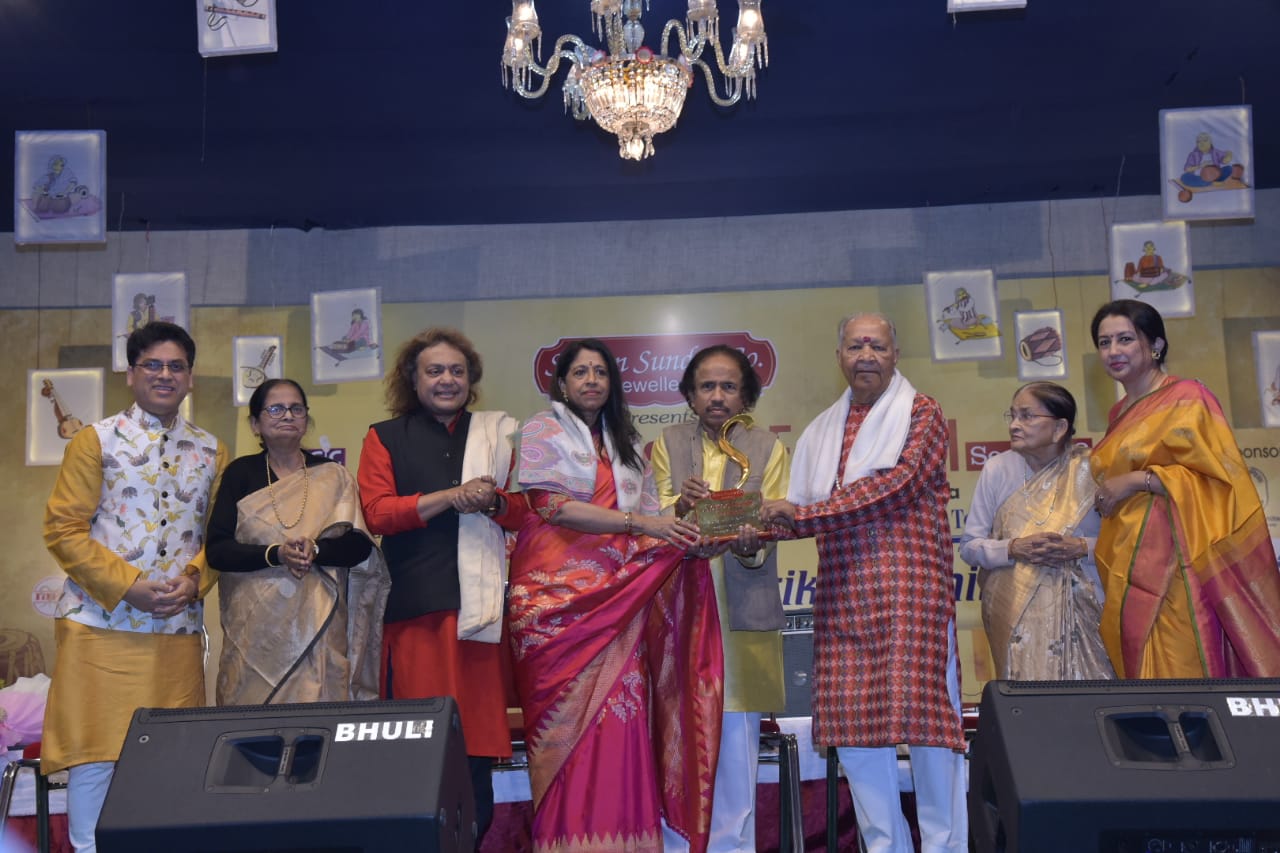 The felicitation was followed by a mesmerizing performance of the songstress par excellence, accompanied by Dr L. Subramaniam (Violin) and Tanmoy Base (Tabla). 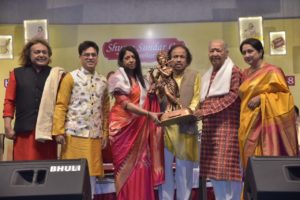 ‘Sarvottam Samman’ a lifetime achievement award was instituted by Shyam Sundar Co. Jewellersin 2016 to honour living legends who have excelled in their spheres of life and have risen to great heights – inspiring younger generations to rise and shine.

Speaking on the occasion Mr. Rupak Saha, Director, Shyam Sundar Co. Jewellers said, “Shyam Sundar Co. Jewellers is honoured to extend the Sarvottam Samman to the living legends who have spent a lifetime dedicated to their passion and have become an institution by themselves. This year is very special to us as we are celebrating our Diamond Jubilee and we are really honoured to extend the Sarvottam Samman to a diamond of the classical music industry, the legendary singer Kavita Krishnamurthy ji.”

Mrs. Arpita Saha, Director, Shyam Sundar Co. Jewellers also stated, “This is our diamond jubilee year and we are commemorating it with a yearlong celebration of all the glitter and glow in our society. We are overjoyed that this year’s Sarvottam Samman is really star-studded with a twosome one, the recipient and the other, doing the honours- who are really married to music and together, radiate so much dazzle”.

The versatile singer Kavita Krishnamurthy said, “This honour is really special to me and I am really overwhelmed to receive the Shyam Sundar Co. Sarvottam Samman.  I am thankful to the people of Kolkata, the city of Joy that I got a chance to serve them with my talent. This is a sign of love of people of Kolkata towards me. I have received many awards in my life and this is also very special to me like them. It will always motivate me to push a little harder in my life.”

About Shyam Sundar Co. Jewellers: Shyam Sundar Co. Jewellers is a heritage jewellery house with a history of making a difference. The heritage comes from a background of over fifty years – a journey that began in Dhaka (now in Bangladesh) and after a post partition relocation in Agartala (Tripura) and finally led to Kolkata – where the flagship showroom at 131A Rash Behari Avenue, near Triangular Park, opened doors in August 2011, their second and third outlet is respectively located at Behala, 401 Diamond Harbour Road, Kolkata 700034 and 6/1/1/B Jessore Road; Dakbunglow More, Barasat Kolkata 700126