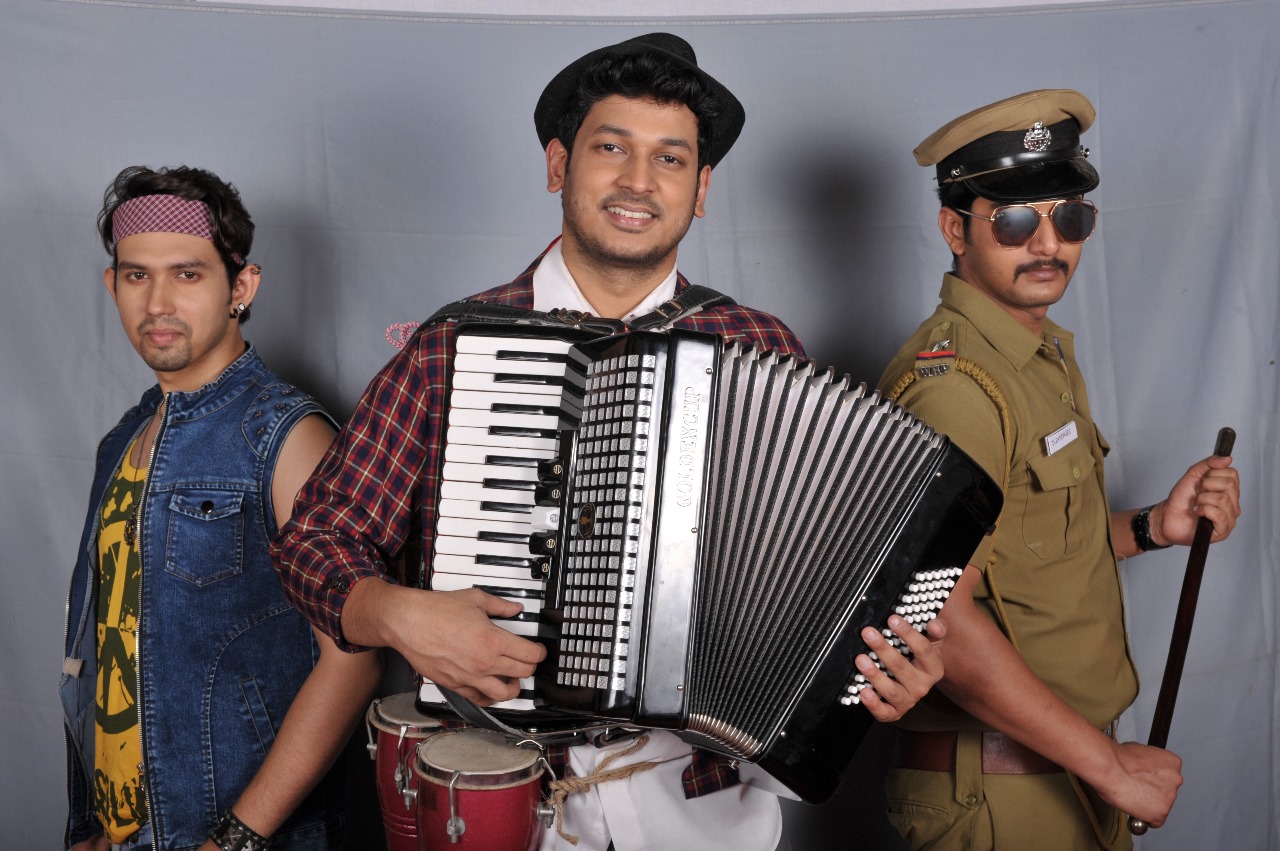 Star Jalsha has always stood for its brand of progressive and entertaining storytelling which has resonated with Bengali audiences young and old alike. Starting with Khokhababu in 2016 and more recently with Bhajo Gobindo, Jalsha has also created lovable and dynamic male characters who have redefined Bengali entertainment on television and made it more enjoyable for the family to watch together. From the same production house of Blues led by Snehasish Chakraborty who has created these iconic shows now comes ‘Tekka Raja Badshah’ – an eponymous story of three young men who appear as alike as chalk, cheese and chocolate but may have more in common than they realize.
The show also boasts of an extremely fresh, talented and youthful cast. Yuvraaj Chaudhury plays Tekka, the lovable conman, while Shomraj Maity plays Raja the dreamy musician and Soumick Saha plays Badshah, the righteous cop. As the paths of these three seemingly unrelated young men get tangled by a twist of circumstances – a roller coaster of cat and mouse, and bonding and self-discovery ensues which causes utter confusion and chaos with hilarious consequences. Tonni Laha, Mousumi Piya Debnath and Debchandrima Singha Roy play the leading female roles. Compared to most new television shows currently which are either family dramas or retelling of folk, mythological or religious themes; this show carries with it a fresh whiff of modern romance, action, comedy and music. The show is expected to connect across age groups and gender and promises to be a highly entertaining experience for Bengali television viewers.