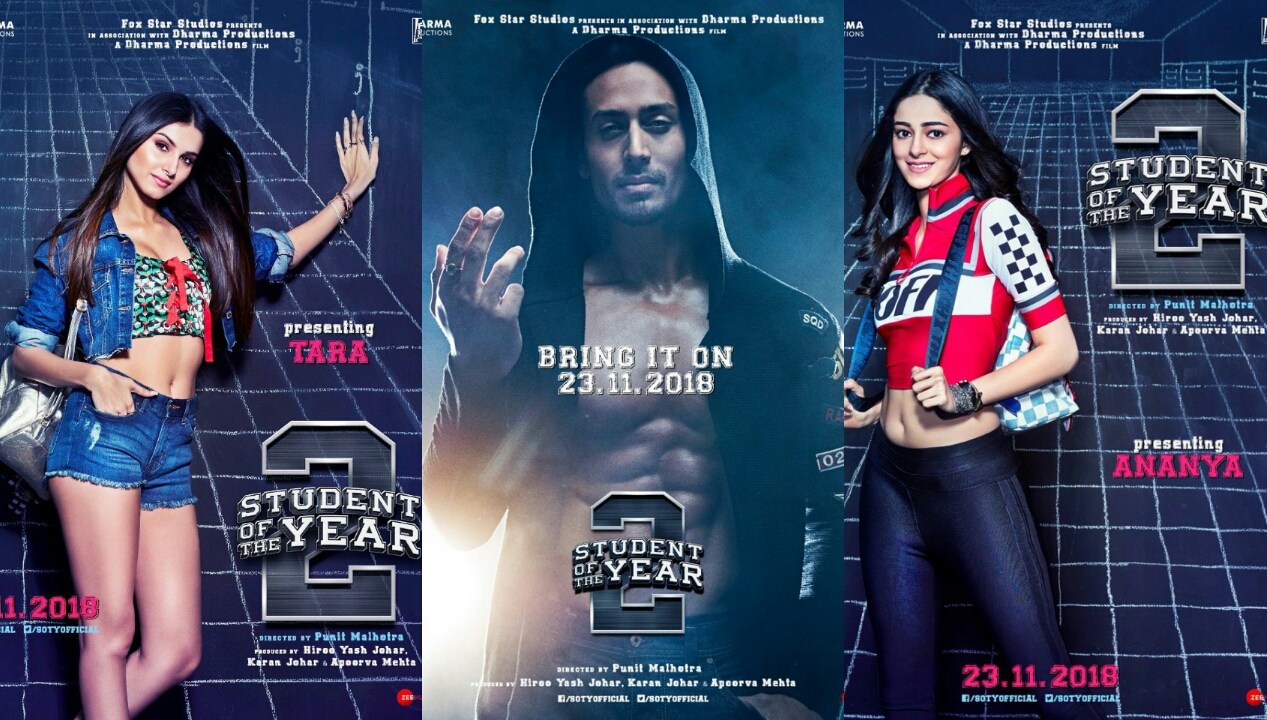 We have already seen the three leads, on Student of the Year 2 motion posters- Tiger Shroff, Tara Sutaria, Ananya Panday – in these avatars on the first posters.

Three brand new motion posters of Student of the Year 2 have been released by the makers. But brand new only because of their time of release. As for the content we have already seen the three leads – Tiger Shroff, Tara Sutaria, Ananya Panday – in these avatars on the first posters. The purpose of making motion posters is lost here, due to a rehash of the same look. We are sure creative geniuses at Dharma Productions can do better than this.

While this movie will mark Tiger’s first collab with the production house, it will be the debut vehicle for Ananya and Tara. The three actors get their individual motion posters, with each one of them dressed to kill. The posters switch to text, “Welcome to the batch of 2018”. We are all set for new info on how the movie is shaping up. It is about time the production house dropped a teaser.

BollywoodLife was the first to reveal that Sidharth Malhotra and Varun Dhawan will be returning to the school of cool, with cameo appearances in SOTY 2. The two actors will soon head out to the sets to shoot for their parts in the film. However, the length of their cameos will not be longer that Kajol’s in Disco Deewane or Fawad Khan’s in Ae Dil Hai Mushkil.

Student of the Year 2 will see Punit Malhotra in the director’s chair, while Karan Johar has only limited himself to production responsibilities. The cast and crew recently returned from Mussoorie after shooting for the film. They revisited many of the original locations for the sequel. Stay tuned to Whatas new life for more updates.