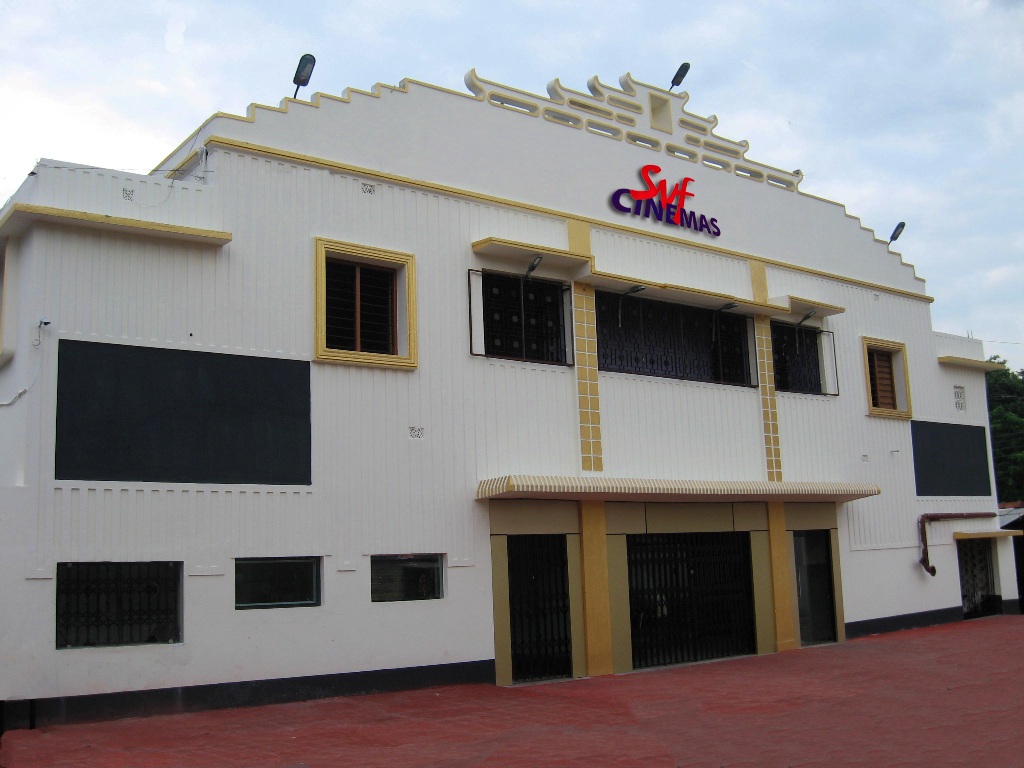 SVF, East India’s largest entertainment company, relaunched its Mogra property in Hooghly district recently. A completely modernized property at par with national standards and fully equipped with modern facilities like a centrally air-conditioned auditorium, tilt-back cushioned chairs, 5.1 channel digital surround sound, state-of-the-art acoustic treatment and 2K plus 3D projection facility along with a host of other conveniences for the guests.

SVF Cinemas Mogra is ready to serve more than 3 lakh residents of the Hooghly district, who will get the benefit of an enhanced movie-watching experience at economical ticket prices. Spread over 9000 sq. ft., SVF Cinemas Mogra started off with one screen consisting of 226 seats with the provision of adding another screen in the future. It is running 4 to 5 shows daily with average ticket prices ranging from Rs. 70 to 80 only.

Apart from a covered parking area for cars and bikes, SVF Cinemas Mogra also saw the launch of Hoyejak Café, SVF’s first in-house Café brand, comprising of both air-conditioned and open-air spaces. Delectable multi-cuisine dishes are the mainstay of this café. A 3500 sq. ft. retail space consisting of a salon, small stores dealing in apparels, grocery, local handloom and handicrafts, mobile phones, confectionary products, and film merchandise will also be coming up in the near future.

Mahendra Soni, Co-Founder & Director, SVF said, “SVF has always been at the forefront of empowering and evangelizing the entertainment industry in Bengal/East India, and our world class cinema hall, SVF Cinemas Mogra at Hooghly district is the latest initiative in our mission. We wanted to give movie goers a luxurious experience at affordable ticket prices. We are delighted that the residents of not only Mogra but also Bandel, Tribeni, Chinsurah and Pandua, will be able to enjoy the best of Bengali, Hindi and Telugu movies.

SVF Cinemas had bought the property in 2012 from the erstwhile owner when it was known as Ramkrishna Cinemas”. SVF Cinemas Mogra is located at State Highway 13, Hansghara, Mogra, Near Ramkrishna Service Station, Hooghly, West Bengal.