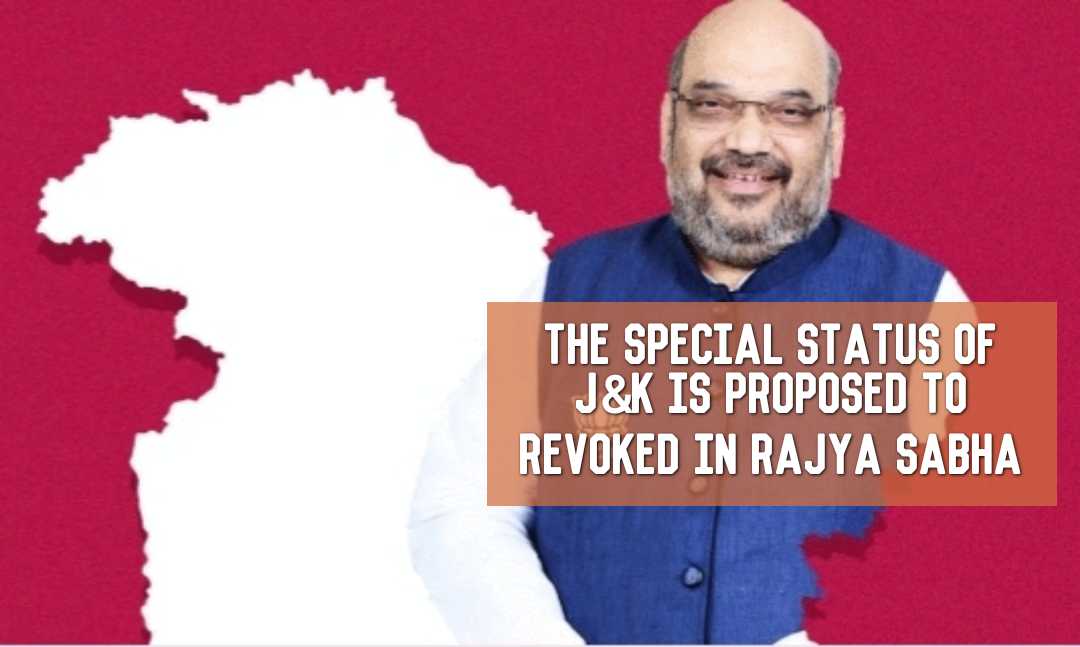 Indian Home Minister Amit Shah has proposed to revoke all the provisions of Article 370 in the Rajya Sabha today. The centre has recently been moving additional forces to Kashmir but had not given any clear motive behind the move. Today Home Minister Amit Shah has proposed to revoke not only 370 but to form Jammu and Kashmir as Union Territory with legislation and Ladakh a separate Union Territory without legislation. The proposal to remove Article 370 which gives Jammu and Kashmir a special status has raised a roar of protest among the opposition.

Centre has already imposed section 144 on Monday 6 am to prevent riot that is sure to ensue after the proposal of revoking Article 370. Schools and colleges are closed until further notice. Riot control vehicles are present to intervene in case of any sign of riot.
Top party leader of the state J&K like National Conference leader Omar Abdullah and PDP Chief Mehebooba Mufti were put in house arrest as fo now. Mobile and internet connection have been suspended for now.

“The Ladakh Division of the State of Jammu and Kashmir has a large area but is sparsely populated with very difficult terrain. There has been a long pending demand of people of Ladakh, to give it the status of a Union Territory to enable them to realize their aspirations. The Union Territory of Ladakh will be without Legislature”, he added.