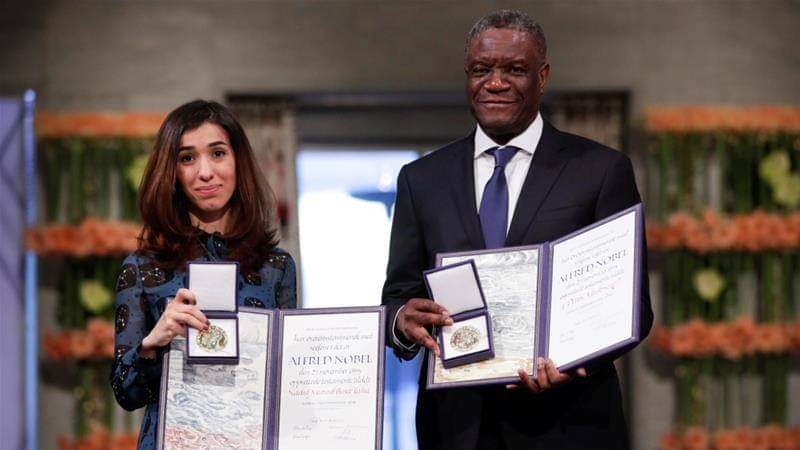 The world must stop turning a blind eye to the use of sexual violence as a weapon of war, Congolese gynaecologist Denis Mukwege urged, accepting the Nobel Peace Prize along with a Yazidi human rights activist on Monday.

Mukwege and Nadia Murad, a survivor of sexual enslavement by the Islamic State of Iraq and the Levant group, said at an emotional ceremony in Norway’s capital Oslo that the international community had to do more to protect women and children in conflict.

“If there is a war to be waged, it is the war against the indifference which is eating away at our societies,” said Mukwege, whose Panzi hospital in the Democratic Republic of the Congo’s war-torn east has treated tens of thousands of sexual violence victims.

He said the trade in the country’s abundant natural resources helped fuel the violence.

“We love nice cars, jewellery and gadgets. I have a smartphone myself. These items contain minerals found in our country. Often mined in inhuman conditions by young children, victims of intimidation and sexual violence,” Mukwege said.

“It’s not just perpetrators of violence who are responsible for their crimes, it is also those who choose to look the other way.”

He called for a global fund to provide reparations for victims and economic and political sanctions for those behind the violence.