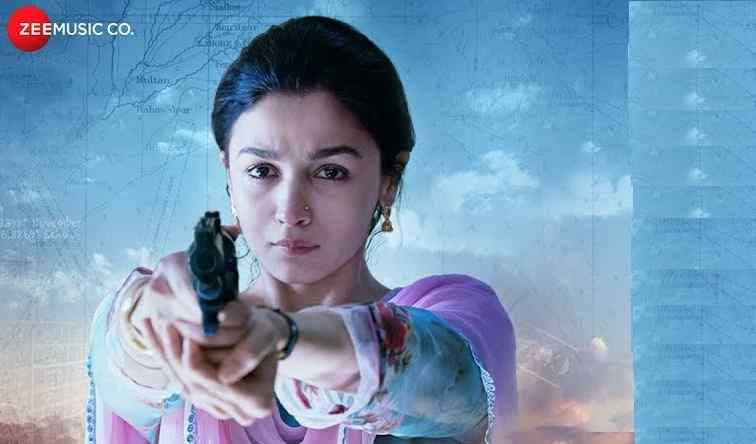 There are patriotic films, and then there are patriotic films. Jingoism is often packaged as patriotism and served up on a preachy platter in Bollywood. The audience also accepts it with equal enthusiasm, whistles and applause. And when the box office is happy, seldom is a need felt to make different kind of films – ones that are completely patriotic and yet feature no camouflaged men showering bullets from across enemy lines. Raazi is one such film that promises to delve into the behind-the-scene action. Based on Harinder Sikka’s novel, Calling Sehmat, the film, right in its trailer, establishes Sehmat as a spy. By the time we walk into the theatre, we are already expecting to be bowled over by a film that will be intriguing. But does Alia Bhatt and Vicky Kaushal-starrer Raazi manage to hold our attention just like it has since the time it was announced? Let’s find out…

Sehmat (Alia Bhatt) is a spy by accident. She is living a sheltered life in Delhi, when a call from her dying dad lands her in a spy-training programme, where she must not only learn to be sharp and alert but also brutal. You see, her dad has already arranged an alliance in Pakistan for her. Her would-be husband is a military officer, Iqbal (Vicky Kaushal), on whom she is expected to spy in order to find out as to what is their country planning against her country. Sehmat, being a dutiful daughter, takes up the assignment quite sportingly, waxing eloquent about how she comes from a family of patriots. Once in the neighbouring country, she starts siphoning information back to India, while also playing the role of a loving wife and diligent daughter-in-law to the hilt. However, the risks she takes land her in a soup. There is only one way to escape. But will Sehmat manage to extricate herself from the complex mess she has got herself into while spying for the country? You will have to watch the film to find out!

Alia Bhatt is the soul of Raazi and there are no two ways about it. Her turn from an innocent, naive student to a seasoned, ruthless spy is the stuff legends are made of. She has her hand on the pulse of the audience, and holds them by the throat as she takes one risk after the other. You find yourself holding your breath and heaving a sigh of relief, along with Sehmat. By the time the film ends, you want to do three things – hold Sehmat close and assure her that everything will be all right, remind yourself that Sehmat is only Alia Bhatt , handover the best actress award of the year to her already. Calling her fabulous will sure be an understatement. Now that we have spoken about what’s absolutely scorching, let us also tell you what’s hot – the story. It is so riveting that you find yourself on the edge of your seat, biting off those nails, guessing what’s next and being blown over when something entirely different happens. Guess these are the perks of adapting a book into a film – the story has so much meat for everyone to chew on. And no, that’s not the bookworm in me speaking. Not once does the film indulge in bashing Pakistan, nor does it glorify India – it is merely a tale of loving one’s motherland and oh, how beautifully has the point been made! The direction by Meghna Gulzar also deserves a round of applause for being taut and succinct. Not even once has she let the pace of the film slacken. The film’s supporting cast, too, is a stellar one, comprising of actors, who are so secure in their roles, not one tries to steal Alia’s thunder. I also absolutely have to talk about how wonderfully has Sehmat and Iqbal’s relationship been built in the film. There’s no sense of ownership between the two and yet they start loving each other, one song at a time. Their love story, though almost an afterthought in this thriller, is an absolute squeal! And lastly, the song, Aye watan, is like a glossy cherry on a sumptuous cake. It will give you goosebumps!

In a fast-paced film like Raazi, it is easy to lose track of certain details. But so beautiful is the film that you almost forgive the makers for not explaining a few points – like why did the servant always eye Sehmat suspiciously despite being an Indian himself, or how do the enemy army find out about the sources? Guess, these things have been left to interpretation.