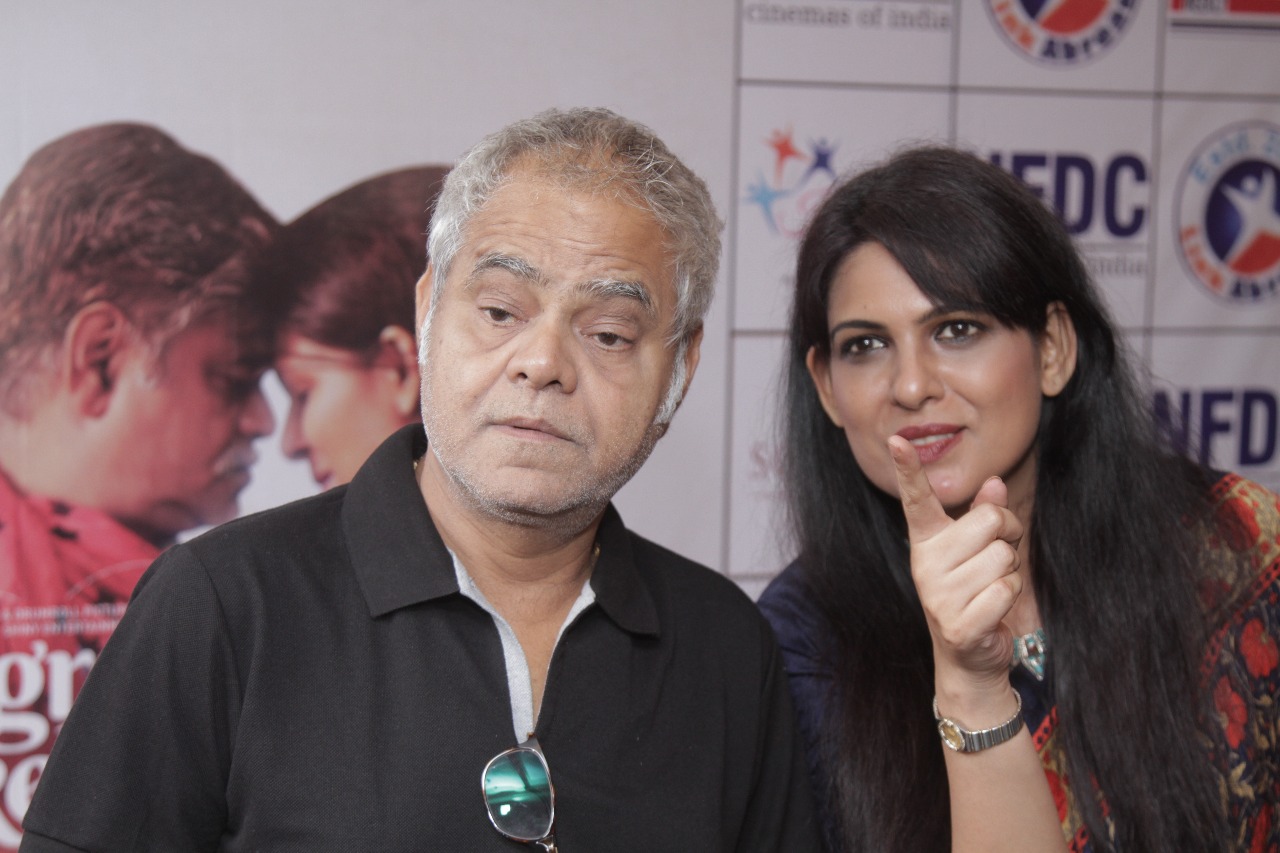 The star studded cast of Bollywood film “Angrezi Mein Kehte Hain” The event was attended by actors Sanjay Mishra, Ekavali Khanna, Shivani Raghuvanshi, Anshuman Jha, , producer Manav Malhotra and director Harish Vyas . director Harish Vyas was present in the city for a media launch at The Sonnet, Salt Lake on Wednesday May 9, 2018. The film is scheduled to release on May 18, 2018.

Angrezi Mein Kehte Hain is a quirky film, set in rustic Varanasi and boasts of real-life characters and situations one can relate to, especially for those who are or have ever been in love. Presented by NFDC and produced by Manav Malhotra of Drumroll Pictures in association with Bunty Khaan’s Shiny Entertainment. The film is scheduled for a pan-India theatrical release on 18th May 2018.

Actor Sanjay Mishra present at the event says, “Angrezi Mein Kehte Hain “ is a film that talks about the common man and what love and relationships mean to him. In the daily rat race love gets lost, and one lands up taking relationships for granted. Sometimes one may not get a chance like Yashwant but if one does, you should give it your all, Unbelievably I realized post shooting this film and I did tell my wife- I love you”.

Ekavali Khanna who played the role to Kiran has been in the film industry for quite a while now. Being born in Kolkata, she has featured in Bengali films as well. Her role in the film was of a housewife who never could understand her husband’s love for her. She described her character as, “Very simple and beautiful who craves for nothing other than her husband’s attention and love.”

After The lunchbox (2013) NFDC) and Drumroll Pictures latest release Angrezi Mein Kehte Hain which is directed by Harish Vyas .NFDC has been the leading co-producer of international films including Gandhi, Salaam Bombay amongst others and the trend continues with recent co-productions such as Qissa, The Lunchbox, Arunoday and Chauthi Koot.