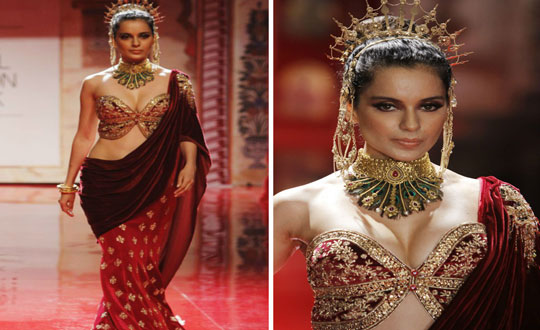 Talking about Kangana, the actor is currently busy promoting her upcoming film Simran which is being helmed by Hansal Mehta. The movie is slated to release on September 15, 2017.

Meanwhile, Kangana has been hitting headlines for all the wrong reasons after the actor made some explosive remarks on Rajat Sharma’s talk show. The actor spoke about Hrithik Roshan, Aditya Pancholi to Apurva Asrani during the chat show.

At the song launch of Simran, Kangana was asked why she always talks about Hrithik Roshan and Karan Johar in her interviews. To this, the actor had a perfect comeback and said, “They still ask me about Aditya Pancholi also. Back then I was 16 and now I am 30. I am not one of those who will manipulate, I will answer every question.”

She was also asked if she is single and she replied back saying, “I have the answers to everything but this question.”

Kangana and Hrithik’s battle was one of the talked-about events of 2016. From the former referring him as ‘silly ex’ to the latter slapping a legal notice, everything about their case was an open book for the gossip-mongers to talk about.