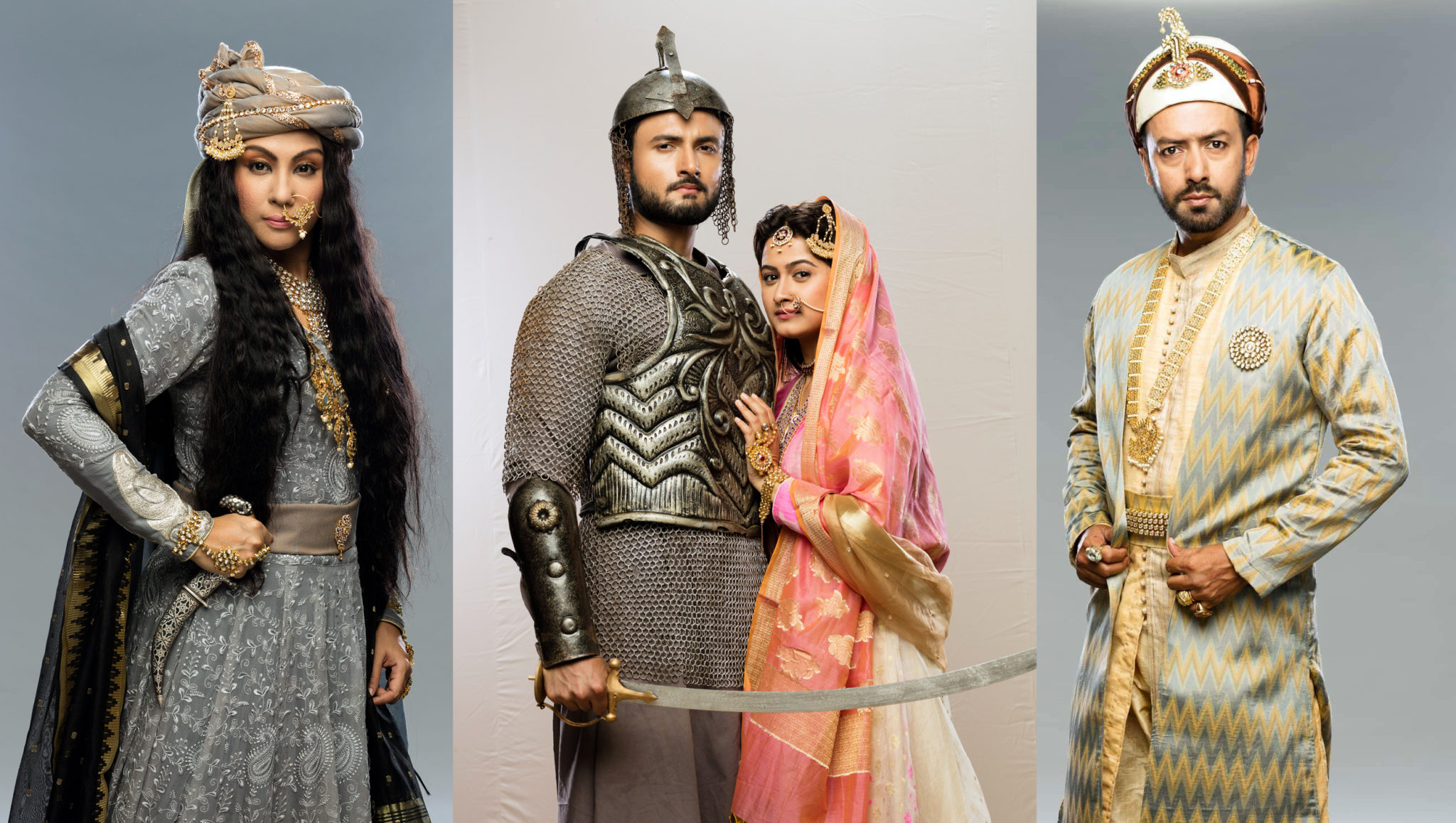 Star Jalsha aims to set its benchmark a notch higher with the launch of a new epic very soon. Set against the backdrop of a tumultuous era, this unique saga of romance will captivate the Bengali Television viewers in a new way. Amidst deceit, chaos and treachery, wields a romance like no other, paving the way for one of the most heart wrenching tales of all times. A love that survived the greatest betrayal in India’s history, a magnum opus in Bengali television – Aami Sirajer Begum.

Aami Sirajer Begum explores the untold tale of Begum Lutfunnisa, a bonded slave girl who escalated in curious ways of life tobecomeNawab Siraj-ud-Daulah’smost adored Begum through her love and loyalty, tenacity and marvel of intelligence. Lutfunnisa remained confined within the walls of Jenana Mahal but was able to make her presence felt in the royal politics of 18th century Bengal. With her prodigal astuteness, she guided her husband Siraj in every step to protect Bengal’s Masnad from anarchy, atrocities and betrayal posed by foes within and outside the Royal Palace of Murshidabad.

The costumes are being carefully crafted to capture Nawabi style in the then Bengal. Authentic Nawabi jewellery are being created to represent the royal beauty of the era.

The set of the show will feature detailed sections like Sheesh Mahal, Raj Darbaar, Jenana Mahal, Nawab’s personal rooms – that will create a visual splendor for Bengali television audience.

The show comes from the house of DAG Creative Media.

“Every creative talent house aspires to present a differentiated classy content that will connect with the larger audience in a big way. In Bengali Television, such a grand piece has not happened for a long time.  We are really excited to create this content and have been putting a lot of effort to live up to the viewers’ expectation.” Says Rana Sarkar, the Producer of the show.

‘Aami Sirajer Bengum’ features a fresh lead pair- Lutfunnisa played by Pallabi Dey and Siraj played by Sean. The show also features a host of other talents from the television industry – Ghaseti Begum played by Chandrayee Ghosh, Badshah who is playing the part of Mirzafar and other characters which the audience will see going forward.

Sagnik Ghosh, Executive Vice President and Channel Head, Star Jalsha and Jalsha Movies said – “Star Jalsha has always told extraordinary stories of aspiration, hope and empowerment. Aami Sirajer Begum is an untold epic story staged in the 18th Century Bengal, from which today’s Bengal can draw immense inspiration – inspiration to overcome hurdles in life, to rise against all odds and to become an icon of ‘Chalo paltai’. We hope to overwhelm the Bengali audience with this story.”