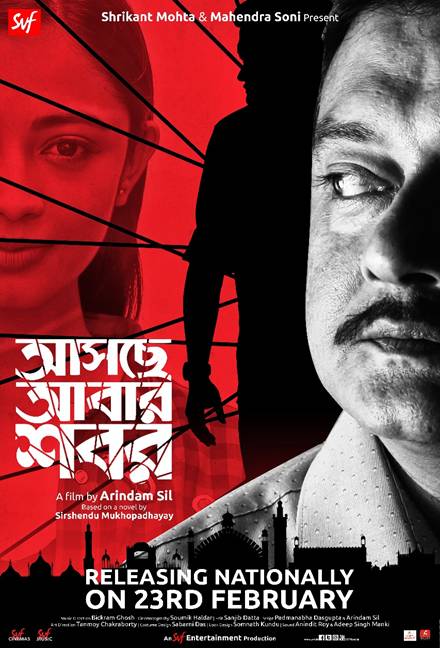 Asche Abar Shabor, Arindam Sil’s 3rd installment from his highly successful Shabor franchise, is the first hit of 2018. Sil, who has garnered a huge fan following with his successful franchise Shabor, has again managed to dazzle his audience with a new mystery laden film. Saswata Chatterjee has returned as Shabor Dasgupta, the Assistant Commissioner of Police, Lalbazar along with Indraneil Sengupta, Diti Saha, Arunima Ghosh and Anjana Basu in pivotal roles. The movie received good response from both critics and audience in West Bengal and was declared a hit at the box office. On demand for the film to be shown outside Bengal, it has been released today in cities like Mumbai, Bangalore, Pune, Noida, Lucknow and others.

Shabor Dasgupta is seen investigating the cases of gruesome rapes and murders of two girls at Kolkata and Chandannagar. He begins his investigation and finds a similarity in modus operandi. Although Bijoy Sen, the main accused has already been mob lynched and currently is in jail, Shabor thinks otherwise and starts a new investigation in his own way.