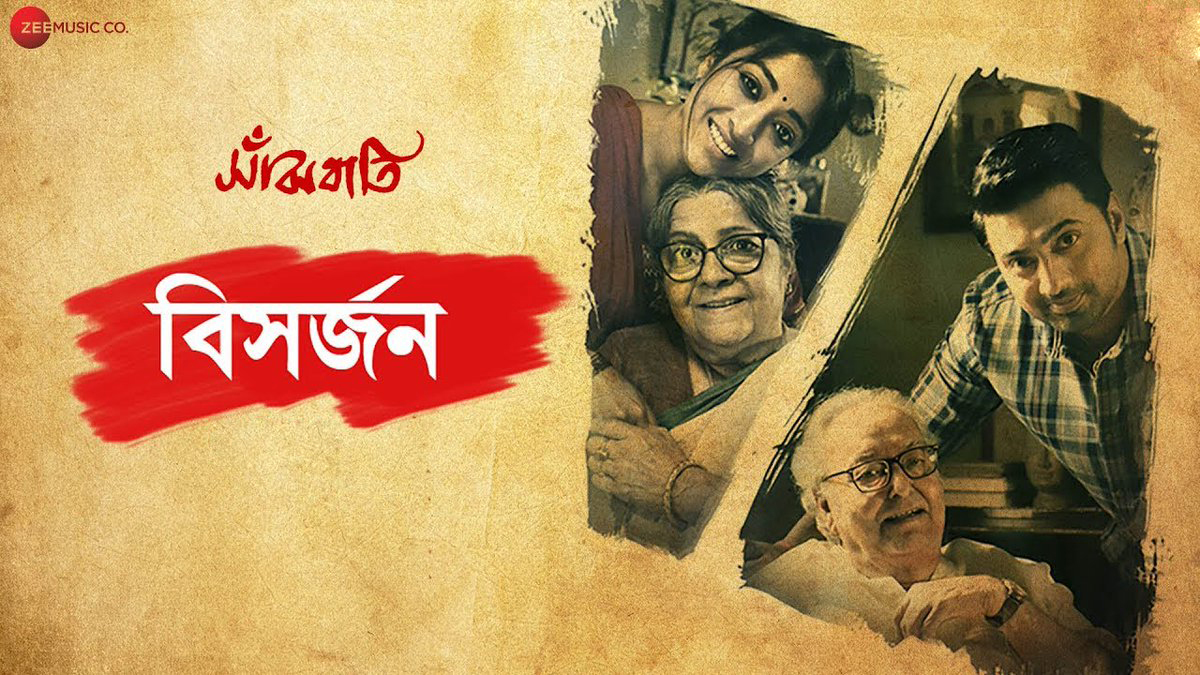 To churn up the festive fervor on melodious note, the lead star-cast of ‘Sanjhbati’, Bengal Talkies’ debut venture, today launched their first Pujor Gaan – ‘Bishorjon’. Composed and written by none other than Anupam Roy, this mellifluous score is sung by ace singer Shantanu Mukherjee, popularly known as Shaan. The song was launched at Biswa Bangla Convention Centre in the august presence of Superstar Dev, Renowned Actress, Paoli Dam and legendary artiste, Lili Chakraborty along with the director duo, Leena Gangopadhyay- Saibal Banerjee. Mr. Atanu Raychaudhuri of Bengal Talkies and Ms Anuradha Mondal, ADCP, Bidhannagar Police Commissionerate and Nodal Officer of ‘Saanjhbaati’ were also present at the do.

The event also commemorated the celebration of International Day of Older Persons. The members of Saanjhbaati, a care-giving unit for elderly people by Bidhannagar City Police were also present at the occasion and had a great time enjoying the new song. The song ‘Bishorjon’ that has Shaan’s effervescent voice lent out to its every note has the exact festive feel and transcends the listener’s mind into a world of nostalgia intertwined with festivities. The song, launched by Zee Music Co will be available on Zee Music YouTube channel and all other streaming platforms.

“Durga Pujo is very close to every Bengali’s heart. For time immemorial, Bengalis have savoured new songs that are released during Durga Puja by various singers. ‘Bishorjon’, composed and written by Anupam Roy and sung by one of the finest singers of our time – Shaan will definitely uplift the Pujo spirit and will be offering the music lovers to revel in having the authentic flavor of Pujor Bangla Gaan”, said Mr. Atanu Raychaudhuri, Owner, Bengal Talkies.