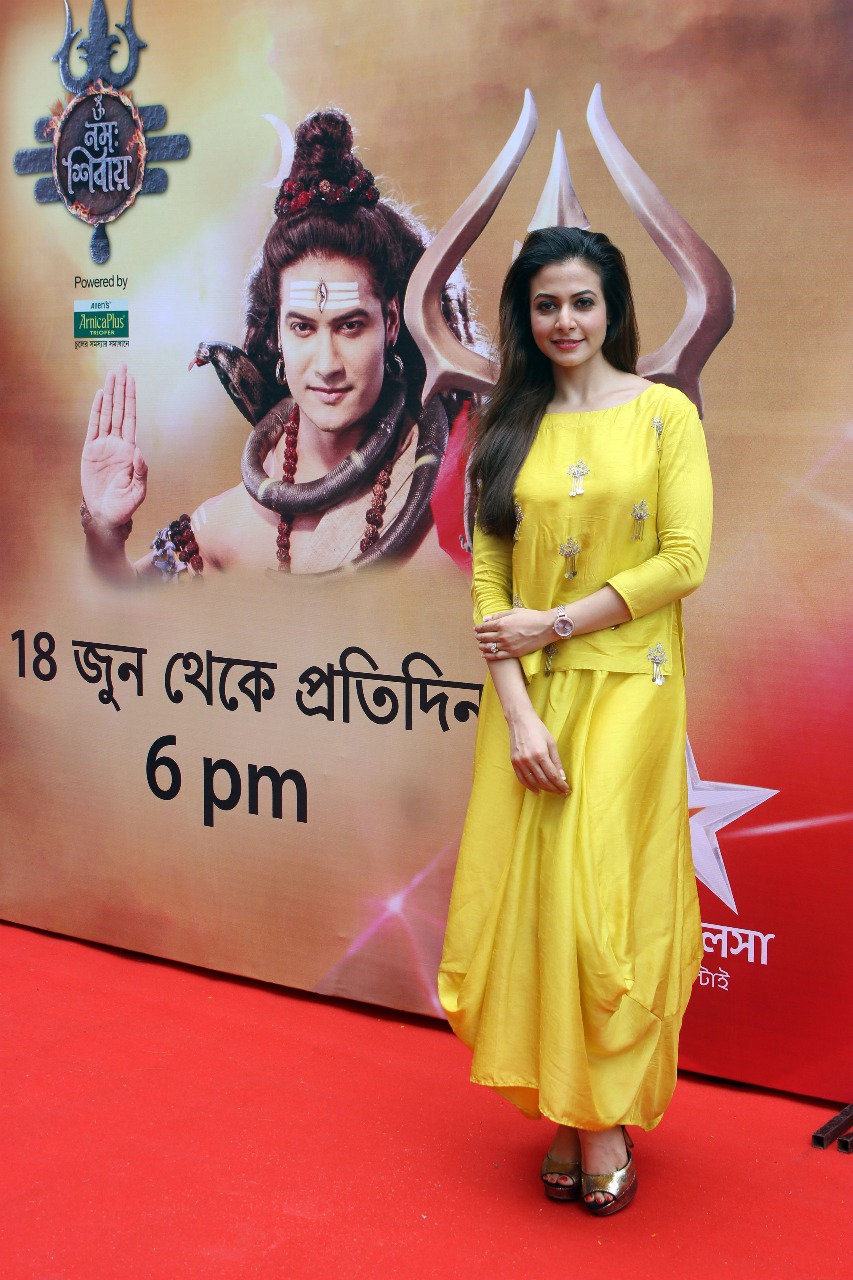 Star Jalsha, a pioneer in Bengali Television, has always been a thought leader and innovator in introducing a diverse repertoire on the small screen. Om Namah Shivay, Star Jalsha’ newest addition to primetime television, will be on air from 18th June, Monday to Sunday at 6 pm.

The mega serial’s first leg of promotions in Kolkata was flagged off by the glamorous tollywood actress Koel Mallick and Nispal Singh Rane, Producers of Om Namah Shivay today. The occasion marked the beginning of the canter for Om Namah Shivay which traverse the city over the next 5 days. Throughout this week, 3 other canters have been travelling across the state covering districts of Bengal, engaging with people and amplifying the launch of the show.

Speaking on the occasion, Mr. Nispal Singh Rane, Producer of Om Namah Shivay said, “Om Namah Shivay will depict the Lord’s life in the most visually dynamic way in terms of its storytelling, characters, visuals and music. We are thrilled and excited to see how the audience feels about the show.”

The show will explore the life of Shiva, the ultimate savior of the universe through intriguing storytelling and mesmerizing visuals. Brought to you by Star Jalsha, this mythological enigma, will bring to its viewers an ensemble cast of popular stars where Gourab Mondal will be seen playing ‘Shiva’, Neha Amandeep will be seen playing ‘Sati’and Sriparna Roy will be donning the role of ‘Parvati’. The show promises to take mythology to the next level with advanced VFX, state-of-the art sets, immersive visuals and stellar performances.