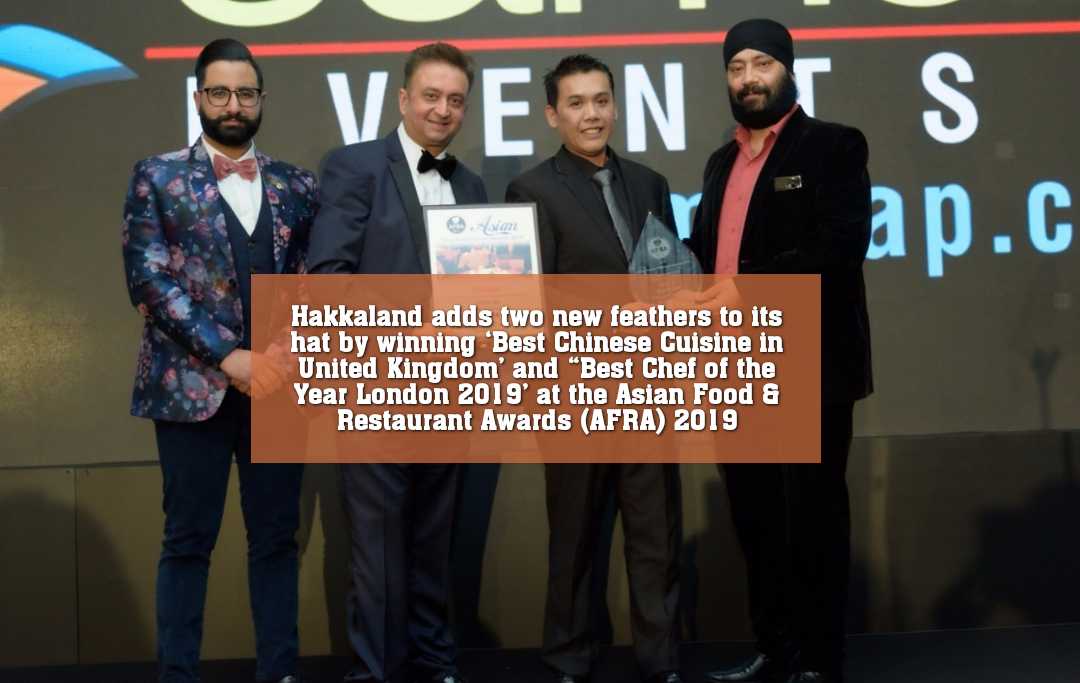 the renowned Indo-Chinese restaurant located at Harrow, North West part of London, has won hearts & admiration of one of the most exciting and diverse restaurant capitals in the world. Hakkaland is rapidly growing in global recognition after collecting numerous accolades in 2019; it has announced that it has won two awards at the Asian Food & Restaurant Awards (AFRA) 2019. Hakkaland has bagged awards across two different categories including i.e.  ‘Best Chinese Cuisine in United Kingdom’ and ‘Best Chef of the Year London 2019’. AFRA recognizes the achievements and positive being made across the United Kingdom food industry.

Steven Lee, Head Chef and Ownerof Hakkaland, has brought the flavors and techniques of Tangra (China Town of Kolkata) to the United Kingdom and given a surprisingly great twist to the food prepared there. The British dishes are also fusioned ensuring choices for every visitor and it turns out that the public loves the experimented dishes there. 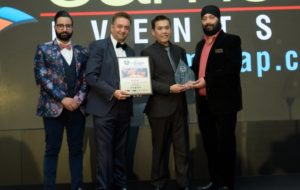 Speaking on the occasion, Steven Lee, Head Chef and Ownerof Hakkaland said, “I can’t even put it into words, the Asian Food & Restaurant Awards was something really special because it gives the local brands a platform to showcase their talent. We feel honored for being rewarded for our exceptional culinary services in awards judged anonymously by industry experts. With so many recognitions, this year has been a wonderful and progressive for Hakkaland. We are hopeful that we will be able to continue this growth and take Hakkaland to new realms of success.” 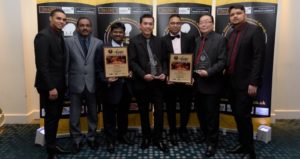 About Hakkaland: Adapting Chinese cooking techniques to Indian flavours and tastes, Hakkaland draws on the vibrant culinary culture of India and China and use the classic Chinese wok to produce fantastic dishes that would leave one craving for more. Head Chef and Owner Mr. Steven Lee who has his roots from Calcutta (where Indo – Chinese cuisine was born) not only has inherited this cuisine but has also learned the trade by working at the famous “China Garden Restaurant” in Mumbai where he mastered this particular art. He has brought this amazing fusion cuisine to the limelight with restaurants like Dalchini, Spice n Ice, Bombay Wok & now Hakkaland.